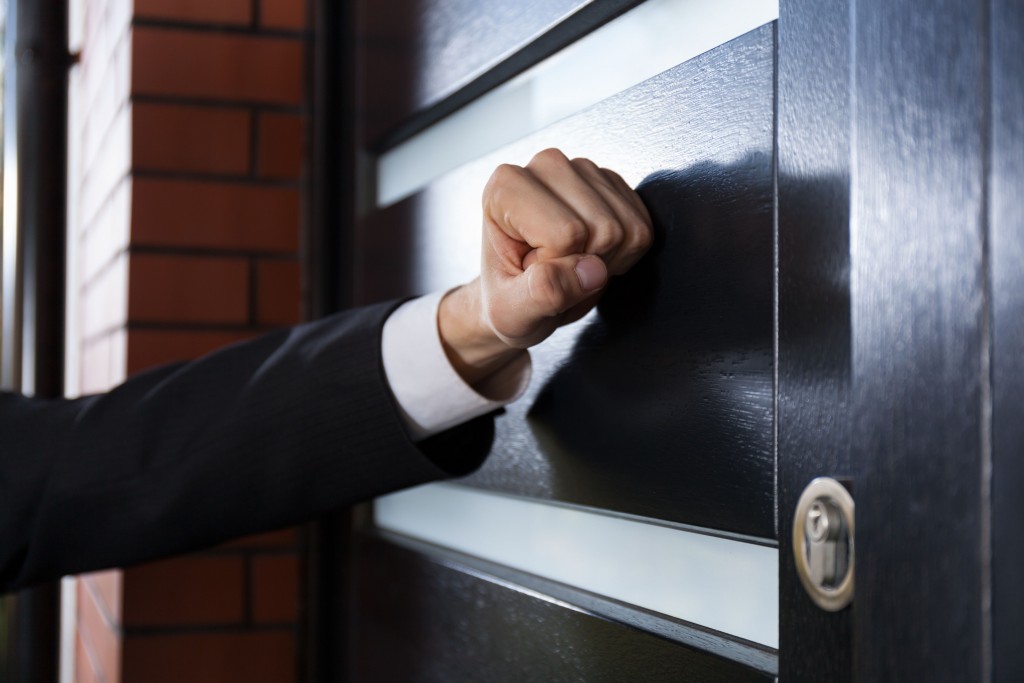 -What to do when no one is answering their door. –

In the summer of my junior year in college I took a job as a door-to-door salesman for the Fuller Brush Company. I sold household supplies, razor blades and, of course brushes. In those days, well before the internet, this kind of selling was common and there was a constant demand for folks willing to walk neighborhoods I took the job because my mother had just lost a long battle with cancer, and I wanted to earn enough money to have a photo of her turned into a painted portrait to give to my dad.

What I earned depended entirely on what I sold; there were no guarantees. Things went well at first, but then I hit a long bad streak. Hardly anyone was home and those who were just weren’t buying. What’s worse, some people were outright rude and literally slammed their doors in my face.

I was on the verge of quitting, but something my father used to  tell me over and over stopped me: “Where there’s a will, there’s a way; where there’s not, there’s an alibi.” I had always resented this simplistic mantra, but suddenly I got it.

I realized that every meaningful opportunity in life would stay behind closed doors that would never open unless I knocked on them. Beneath this simple insight was another: If I couldn’t muster the confidence and courage to knock on more doors despite the certainty of frustrating and unpleasant experiences, I would never make it.

I earned enough to buy the portrait, and it now hangs next to another one of my dad in the lobby of the Joseph and Edna Josephson Institute of Ethics, a nonprofit organization I founded in their honor.

I’m so glad my dad taught me to persist and grateful I learned that an important part of character is to just keep knocking.