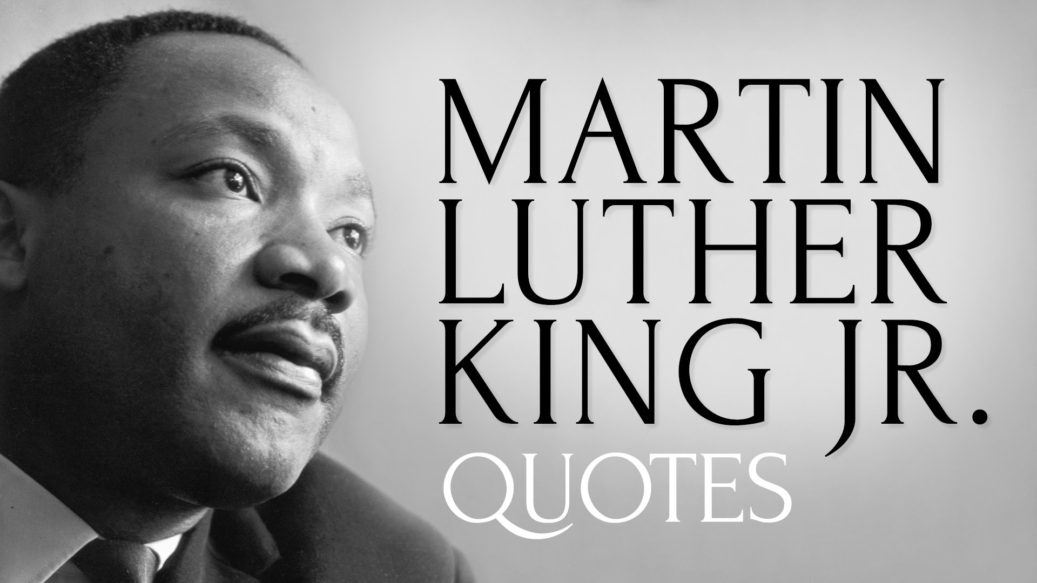 The time is always right to do the right thing.

Our lives begin to end the day we become silent about things that matter.

In the end, we will remember not the words of our enemies, but the silence of our friends.

Never, never be afraid to do what’s right, especially if the well-being of a person or animal is at stake. Society’s punishments are small compared to the wounds we inflict on our soul when we look the other way.

True compassion is more than flinging a coin to a beggar; it comes to see that an edifice which produces beggars needs restructuring. 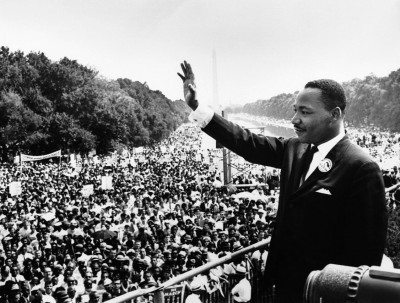 Intelligence plus character — that is the goal of true education.

Every man must decide whether he will walk in the light of creative altruism or in the darkness of destructive selfishness.

As my sufferings mounted I soon realized that there were two ways in which I could respond to my situation — either to react with bitterness or seek to transform the suffering into a creative force. I decided to follow the latter course.

On Dreams and Goals

Now, I say to you today my friends, even though we face the difficulties of today and tomorrow, I still have a dream. It is a dream deeply rooted in the American dream. I have a dream that one day this nation will rise up and live out the true meaning of its creed: – ‘We hold these truths to be self-evident, that all men are created equal.’

No person has the right to rain on your dreams.

On Ends and Means

On Faith, Religion and Science

Faith is taking the first step, even when you don’t see the whole staircase.

The church was not merely a thermometer that recorded the ideas and principles of popular opinion; it was a thermostat that transformed the mores of society.

Our scientific power has outrun our spiritual power. We have guided missiles and misguided men.

Forgiveness is not an occasional act, it is a constant attitude.

On the Law, Justice and Civil Disobedience

I submit that an individual who breaks a law that conscience tells him is unjust, and who willingly accepts the penalty of imprisonment in order to arouse the conscience of the community over its injustice, is in reality expressing the highest respect for the law.

Injustice anywhere is a threat to justice everywhere.

It may be true that the law cannot make a man love me, but it can stop him from lynching me, and I think that’s pretty important.

Government action is not the whole answer to the present crisis, but it is an important partial answer.  Morals cannot be legislated but behavior can be regulated.  The law cannot make an employer love me but it can keep him from refusing to hire me because of the color of my skin.”

On Love and Hate

Let no man pull you low enough to hate him.

Like an unchecked cancer, hate corrodes the personality and eats away its vital unity. Hate destroys a man’s sense of values and his objectivity. It causes him to describe the beautiful as ugly and the ugly as beautiful, and to confuse the true with the false and the false with the true.

I have decided to stick to love…Hate is too great a burden to bear.

I’ve seen too much hate to want to hate, myself, and every time I see it, I say to myself, hate is too great a burden to bear. Somehow we must be able to stand up against our most bitter opponents and say: We shall match your capacity to inflict suffering by our capacity to endure suffering. We will meet your physical force with soul force. Do to us what you will and we will still love you…. But be assured that we’ll wear you down by our capacity to suffer, and one day we will win our freedom. We will not only win freedom for ourselves; we will appeal to your heart and conscience that we will win you in the process and our victory will be a double victory.

Now there is a final reason I think that Jesus says, “Love your enemies.” It is this: that love has within it a redemptive power. And there is a power there that eventually transforms individuals. Just keep being friendly to that person. Just keep loving them, and they can’t stand it too long. Oh, they react in many ways in the beginning. They react with guilt feelings, and sometimes they’ll hate you a little more at that transition period, but just keep loving them. And by the power of your love they will break down under the load. That’s love, you see. It is redemptive, and this is why Jesus says love. There’s something about love that builds up and is creative. There is something about hate that tears down and is destructive. So love your enemies.

Nothing in all the world is more dangerous than sincere ignorance and conscientious stupidity.

Only in the darkness can you see the stars.

We must accept finite disappointment, but never lose infinite hope.

All progress is precarious, and the solution of one problem brings us face to face with another problem.

Human progress is neither automatic or inevitable.  Even a superficial look at history reveals that no social advance rolls in on the wheels of inevitability.  Every step toward the goal of justice requires sacrifice, suffering and struggle, the tireless exertions and passionate concern of dedicated individuals.

An individual has not started living until he can rise above the narrow confines of his individualistic concerns to the broader concerns of all humanity.

No one really knows why they are alive until they know what they’d die for.

If a man hasn’t discovered something he will die for, he isn’t fit to live.

Even if I knew that tomorrow the world would go to pieces, I would still plant my apple tree

Life’s most persistent and urgent question is, ‘What are you doing for others?

Those who are not looking for happiness are the most likely to find it, because those who are searching forget that the surest way to be happy is to seek happiness for others.

On Society and Civilization

We must rapidly begin the shift from a “thing-oriented” society to a “person-oriented” society. When machines and computers, profit motives and property rights are considered more important than people, the giant triplets of racism, materialism, and militarism are incapable of being conquered.

A nation that continues year after year to spend more money on military defense than on programs of social uplift is approaching spiritual doom.

A nation or civilization that continues to produce soft-minded men purchases its own spiritual death on an installment plan.

I believe that unarmed truth and unconditional love will have the final word in reality. That is why right, temporarily defeated, is stronger than evil triumphant.

Returning violence for violence multiplies violence, adding deeper darkness to a night already devoid of stars… Hate cannot drive out hate: only love can do that.

Nonviolence is the answer to the crucial political and moral questions of our time; the need for mankind to overcome oppression and violence without resorting to oppression and violence. Mankind must evolve for all human conflict a method which rejects revenge, aggression, and retaliation. The foundation of such a method is love.

Wars are poor chisels for carving out peaceful tomorrows.