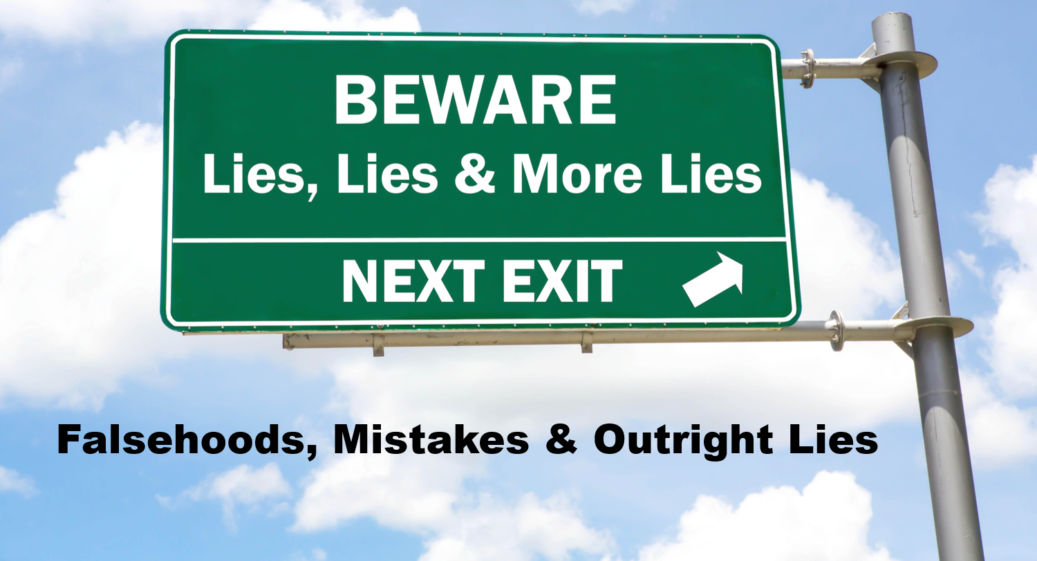 There’s a lot of loose talk lately about lying, falsehoods, and mistakes.

All three significantly affect credibility, but what they say about the character and competence of the person conveying untrue information is very different.
And that difference should make a difference in how we treat future statements.

Falsehood. A falsehood is any statement that is not in actual, objective fact. The statement is untrue, false, or inaccurate, regardless of intent.

Mistakes. Some mistakes are innocent or inadvertent falsehoods where the communicator genuinely and was not careless or indifferent about its truth. Everyone makes mistakes and, depending on the context, most mistakes do not seriously or permanently damage credibility.

Some mistakes, however, are careless as where the communicator genuinely, but unreasonably, believed it was true. Like careless opinions (see below) these sorts of mistakes say more about a person’s judgment and competence than integrity. Repetitive carelessness, however, results in serious damage to credibility because statements simply can’t be trusted.

Mistakes rise to a higher level of culpability when a communicator demonstrates a reckless disregard or indifference for whether the statement is true or not. This recklessness can be demonstrated by reliance on no evidence at all or reliance on information a reasonable person would know is insubstantial, unreliable or patently wrong (e.g., previously demonstrated to be false  – “debunked”). If the statement relates to a significant matter with significant potential consequences it is reckless if the communicator makes no reasonable effort to confirm its truth before uttering it. It is somewhat less reckless if the communicator acknowledges at the time of utterance that the statement is based on unverified or questionable grounds, but even uttering it without reasonable confidence in its accuracy seriously damages credibility and puts the communicator in a category very close to a liar.

Wrong Opinions. If the statement is conveyed or meant to be received as an opinion by a person who truly believes the opinion, but the opinion is incorrect (not true or accurate), the opinion is wrong but the person giving it is not dishonest. Being sincere, but wrong bears on credibility and trustworthiness in terms of judgment and competence, not honesty. However, like reckless mistakes, a person who gives opinions without a responsible proper basis is, at best, careless and at worst irresponsibly reckless. Labeling something as an opinion or prefacing it with “I believe” are not get out of jail free cards in terms of credibility. Those who regularly state unfounded factual assertions or opinions that go against clear irrefutable evidence cannot be trusted and are often considered dishonest, or even liars, because of their disregard for the truth. 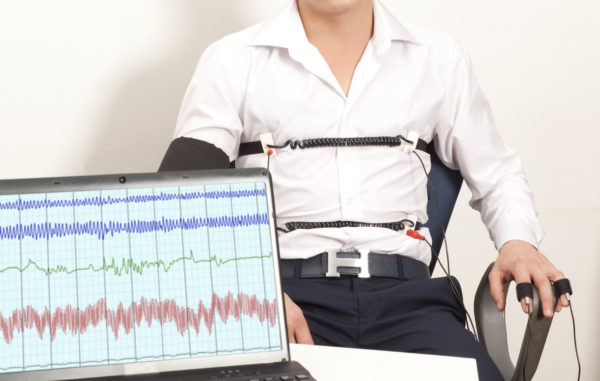 Lies. Lies are falsehoods told with the intent to mislead or to cause someone to believe something that is not true. Some lies are direct, overt, clear misrepresentations; others take the form of intentionally deceptive half-truth or tricky wording intended to generate a false belief. It does not matter whether the communicator believes the false information is major or minor.

There are rare cases where lies or other forms of dishonesty are morally justified (e.g., lying to a terrorist threatening to poison the water supply, during an authorized undercover operation, telling a young child there is a Santa Claus). These little or white lies are more rare and less acceptable than most people who tell them suppose.  but to escape the moral condemnation and avoid the consequences of being a person not worthy of being believed, the communicator of a ‘justifiable lie” bears the burden of convincing those lied to that the conduct should not destroy credibility. The test for any justifiable white lie is: if the person lied to discovers the lie will it destroy trust.