When I graduated law school in 1967 it was popular to rail against people who made moral judgments. We called finger wagging moralists presuming to judge people and life styles as right or wrong “moral imperialists” and adopted, instead, a form of ethical relativism implying that there was no true universal right or wrong, just equally valid or invalid opinions. After all, we reasoned, they eat dogs in Singapore and burn widows in India (they still did in 1967) , who are we to judge? As is evident from my commentaries and advocacy of ethics and virtue, I changed my view on this. The change began when I became a father burdened with the responsibility of 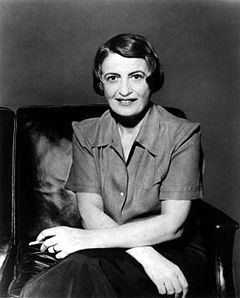 giving my son a moral code and a basis for distinguishing right from wrong.

I still get nervous at people who are quick to label other people, their political beliefs or lifestyles  as immoral but I no longer accept the notion that making moral judgments is wrong.

My thinking was influenced  by philosopher and novelist Any Rand (Atlas Shrugged and The Fountainhead) and her famous essay “The Virtue Of Selfishness.”

While  I disagree with her basic thesis and her condemnation of altruism, Ms. Rand’s discussion of the issue of moral judgement is, in my view, exceptionally well-reasoned and persuasive. Here is an excerpt:

“The moral principle to adopt in this issue, is ‘Judge, and be prepared to be judged.’”

“The opposite of moral neutrality is not a blind, arbitrary, self-righteous condemnation of any idea, action, or person that does not fit one’s mood, one’s memorized slogans, or one’s snap judgment of the moment. Indiscriminate tolerance and indiscriminate condemnation are not two opposites; they are two variants of the same evasion. To declare that ‘everybody is white’ or ‘everybody is black’ or ‘everybody is neither white nor black but gray’ is not a moral judgment but an escape from the responsibility of moral judgment.”

“To judge means to evaluate a given concrete by reference to an abstract principle or standard. It is not an easy task. It is not a task that can be performed automatically by one’s feelings, “instincts,” or hunches. It is a task that requires the most precise, the most exacting, the most ruthlessly objective and rational process of thought. It is fairly easy to grasp abstract moral principles; it can be very difficult to apply them to a given situation, particularly when it involves the moral character of another person. When one pronounces moral judgment, whether in praise or in blame, one must be prepared to answer ‘Why?’ and to prove one’s case – to oneself and to any rational inquirer.”

“Nothing can corrupt and disintegrate a culture or a man’s character as thoroughly as does the precept of moral agnosticism, the idea that one must never pass moral judgment on others, that one must be morally tolerant of anything, that the good consists of never distinguishing good from evil.”

“It is obvious who profits and who loses by such a precept. It is not justice or equal treatment that you grant to men when you abstain equally from praising men’s virtues and condemning men’s vices. When your impartial attitude declares, in effect, that neither the good nor the evil may expect anything from you, whom do you betray and whom do you encourage?”