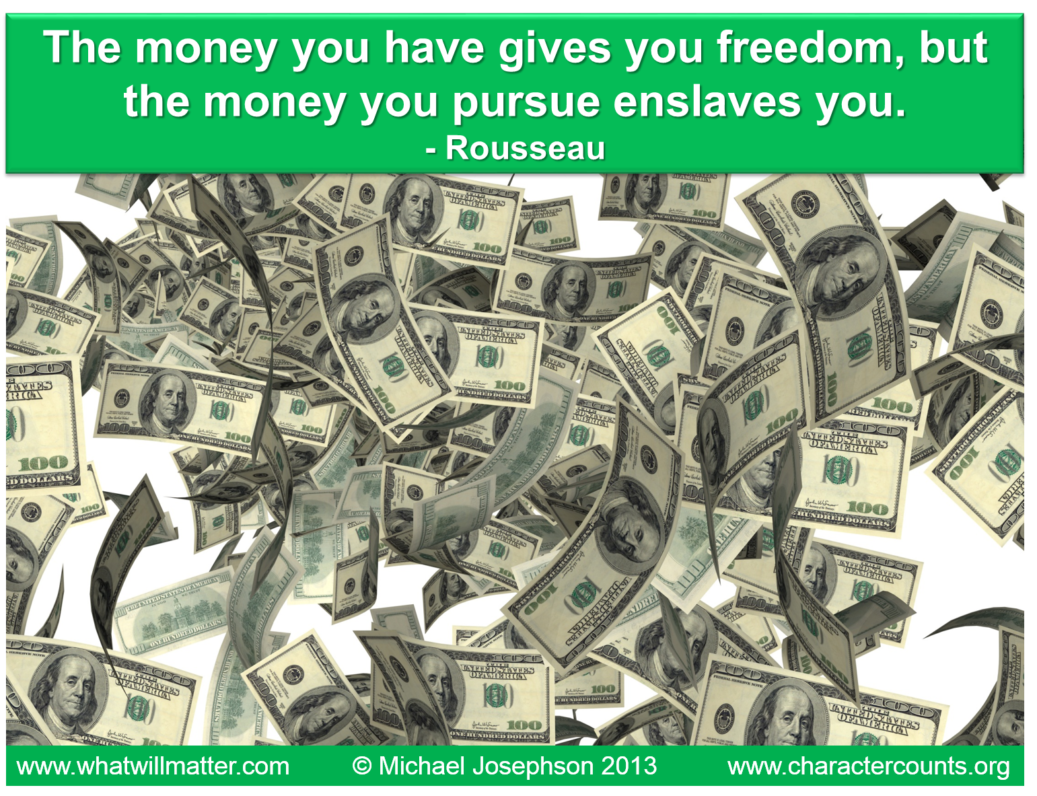 Despite the advice of preachers and philosophers warning us of the shortcomings of money, it’s hard to argue with Gertrude Stein’s observation: “I’ve been rich and I’ve been poor. Rich is better.”

Although money is better at reducing suffering caused by poverty and relieving anxiety caused by debt than it is at making us happy, it can buy lots of things that make us feel good and important.

It’s easy to expect too much from money. Rich people have different problems than the non-rich, but they do have problems. Many are related to wealth, including shallow relationships, spoiled children and continuous pressure from relatives and friends who expect a handout. Rich people, as a whole, are not more content or emotionally satisfied than others, and neither are their kids.

The problem is that people preoccupied with money are never satisfied. Often, their desires and debts grow faster than their means. The more they have, the more they think they need.

There’s nothing inherently wrong with material wealth or its pursuit, but there is a danger of paying too much to get it. As Rousseau said, “The money you have gives you freedom, but the money you pursue enslaves you.”

We shouldn’t disdain money, but we should put its value in perspective.

The moral: Focus first on forming deep and enduring relationships and finding work that makes you fulfilled. At best, money is the icing, not the cake.