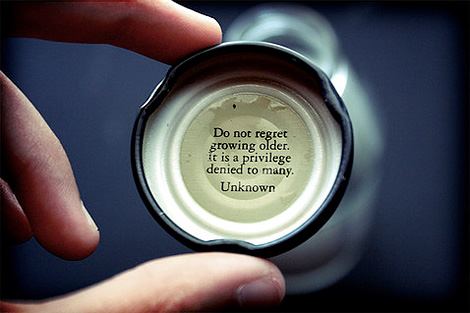 questions is an emphatic “yes.”

One of the benefits of growing older is getting better. And we get better by learning.

I’m not just talking about increasing our knowledge of new facts like how a volcanic eruption in Iceland can prevent airline traffic in most of Europe.

I’m talking about acquiring usable nuggets of wisdom that can change our lives.

I’ve talked about my own life insights and re-packaged them in lots of ways but here’s another attempt tocondense some of the things that make me wiser than I was.

For starters, I’ve learned that as long as I’m willing to learn, I can learn. Just as important, I’ve become more open to learning by realizing that the fact that I’m wiser today doesn’t mean I was foolish or incompetent before. This is what I mean when I say, “you don’t have to be sick to get better.”

I’ve also come to accept that that no matter how old I am, my life and character are works in process and that there will always be a gap between who I am and who I want to be.

I’ve learned that it’s easy to mask moral compromises with rationalizations and that my character is revealed not by my words or intentions but by my willingness to do the right thing even when it costs more than I want to pay.

I’ve learned that I often judge myself by my good intentions but that I’ll be judged by my last worst act.

Finally, I’ve learned that pain is inevitable but suffering is optional and that it’s not what happens to me that matters most but what happens in me.