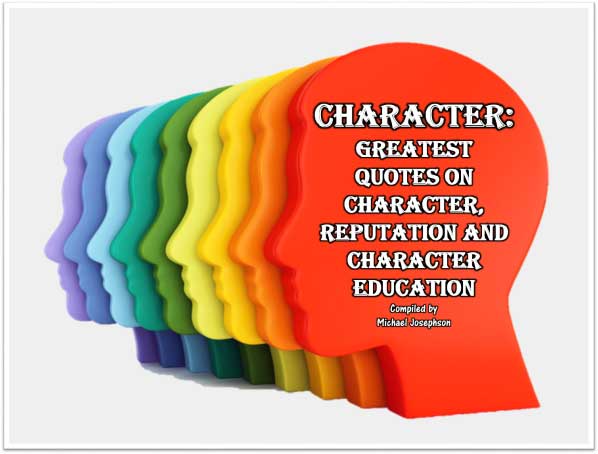 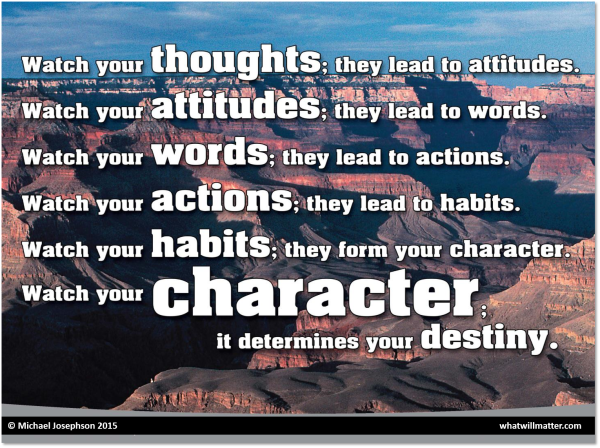 — The most comprehensive (nearly 300 quotations) yet selective collection of insightful quotations on CHARACTER, REPUTATION &

CHARACTER EDUCATION compiled by Michael Josephson who highlighted his favorites in bold. —

Definition and Essential Qualities of Character

By classical philosophers and historians

By the rest of the world