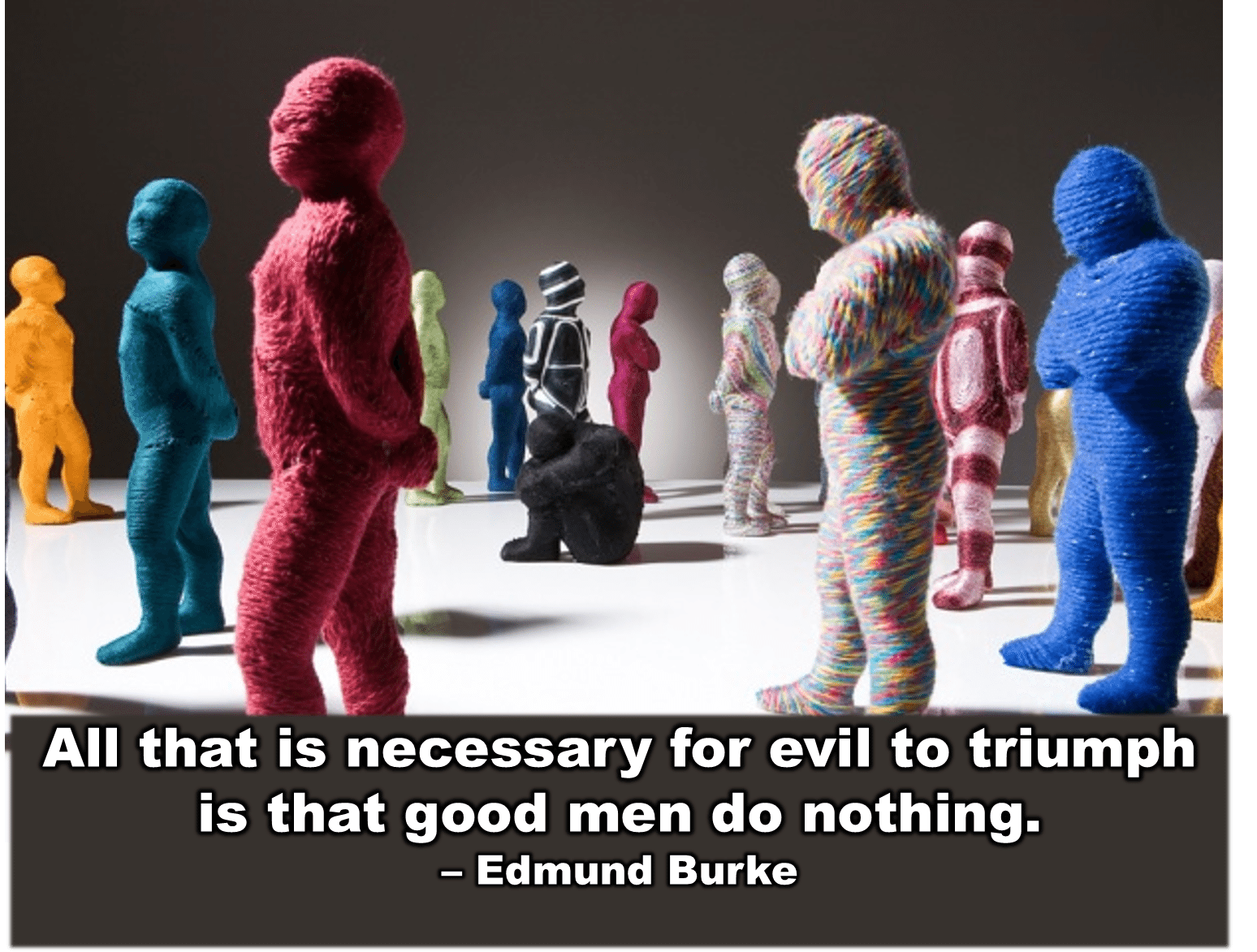 Irish and English statesman Edmund Burke said, “All that is necessary for evil to triumph is for good people to do nothing.”

This is true of major evils like the unabated rise of Nazism in the 30s and 40s and the toleration of, or indifference to, the outrageous ideas and actions of the KKK in the 50s and 60s. But it also applies to all sorts of fundamentally unfair or irrational practices and mindsets that are silently accepted because they have become systemic.

We can’t be expected to engage in battle against every single injustice we face — we must choose the hills we’re willing to die on — but I believe we have a moral duty to stand up and speak out at least occasionally.

Motives matter, and although any effort to fight negative forces and oppose malicious, callous and abusive people is, overall, a good thing, on the ladder of virtue, these efforts are less good when the motives are self-aggrandizement, glory or revenge.

Character is doing the right thing even when it costs more than we want to pay. The good news is that when we show good character, we’re often the one who gets paid — in self-esteem, the respect of worthy people and the knowledge that we did our best to make the world (even the smaller world of one’s workplace or family) a better place.