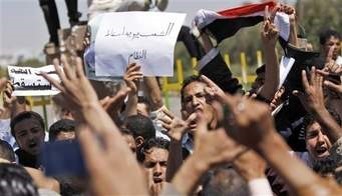 I don’t usually state political opinions on this blog but I have and will when i think an issue is particularly important and there seems to be an interest in my opinion. Thus, I am “coming out” on my view of the current Iran agreement proposal knowing it will anger or disappoint some of you. I hope that doesn’t destroy our relationship but if we can’t disagree there wasn’t much to the relationship to begin with.

NO DEAL IS BETTER THAN A BAD DEAL. I do not think that the Iran agreement negotiators on our side were incompetent or naive. I think they really may have got the best deal they could get. That doesn’t mean its a good deal nor one we should accept. Personally, I think the risks and deficiencies far out weigh the possible benefits. The idea of sending them back to get a better deal is naive, however. Sometimes there is a limit to what can be attained by negotiation.

What’s possible in any negotiation is usually a function of leverage. People do what they must and give up no more than they think they have to considering the alternative of no deal. Unless events change and we get more leverage, the Iranians have given all they are willing to and, sadly, our European allies seem content. The world without a deal, however, is no less uncertain than the world with this deal and I hope we walk away.

We still have a wide range of options to either pro-actively shape the situation or constructively react. War is, by no means, the only alternative but even that must be on the table given the stakes of terrorism, nuclear or not. In this case, no deal is better than a bad deal.