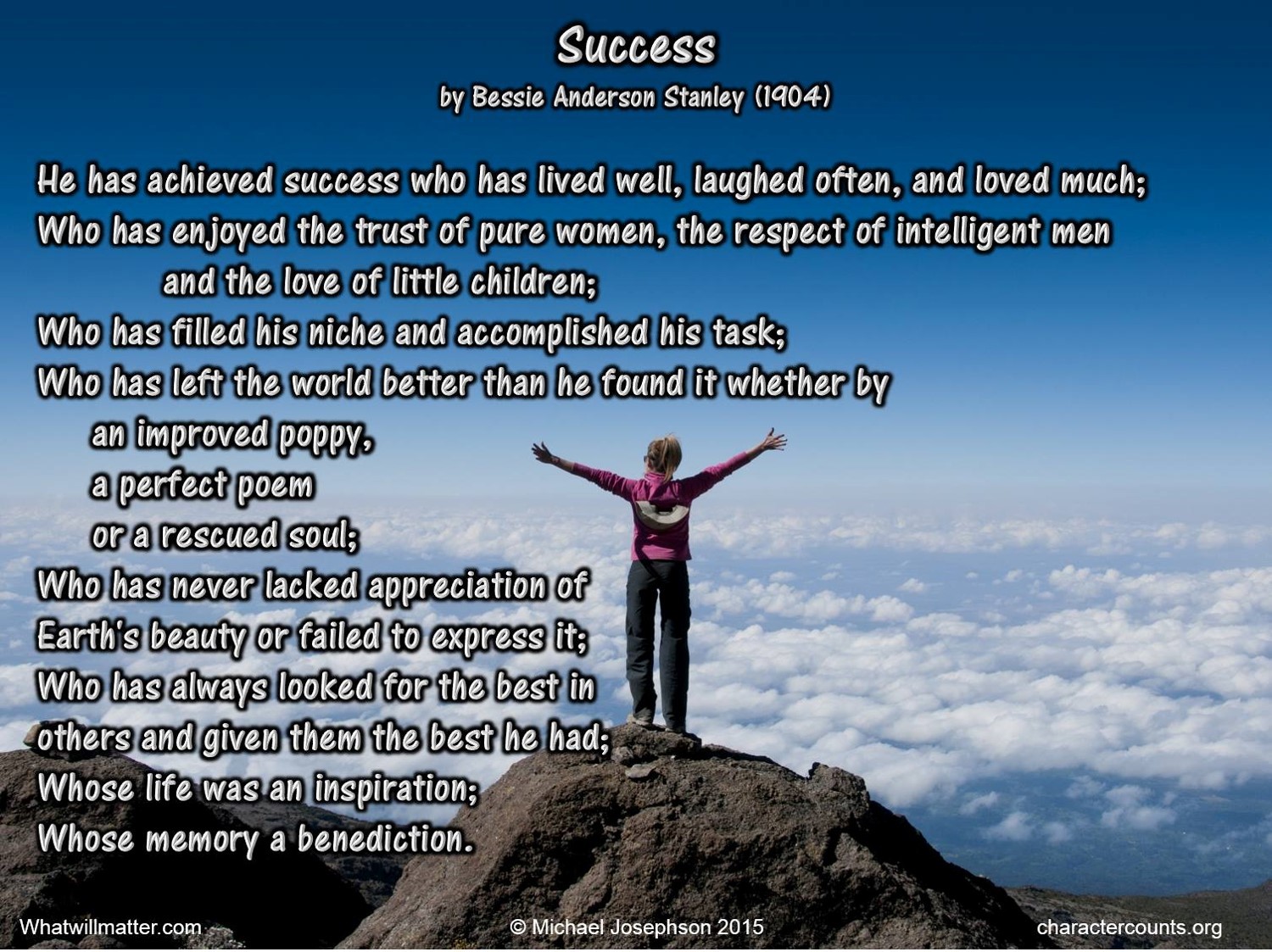 Few questions have been asked more often by more people. The concept of success and the concept often thought to be its opposite, failure are central to the human quest for meaning and for happiness. Most of us very much want to be successful in our professions, successful in our various family roles and, of course, we would like to lead a successful life. Success is apparently a very good thing (and failure a very bad thing). The problem is that there are no objective criteria for either concept. A rather famous and much loved description of success was a winning essay entry in 1904 by Bessie Anderson Stanley:[1]

He has achieved success who has lived well, laughed often, and loved much;

Who has enjoyed the trust of pure women, the respect of intelligent men and the love of little children;

Who has filled his niche and accomplished his task;

Who has left the world better than he found it whether by an improved poppy, a perfect poem or a rescued soul;

Who has never lacked appreciation of Earth’s beauty or failed to express it;

Who has always looked for the best in others and given them the best he had;

Whose life was an inspiration;

Whose memory a benediction.

The reality is that success means many things to many people and one can both accept Ms. Stanley’s sentimental poem as profoundly true and still consider some of the other things mentioned above as forms of success worthy of pursuing. See the full article athttp://goo.gl/eCtvIg and more than 100 of the greatest quotation on success and failure athttp://goo.gl/xfdzKS