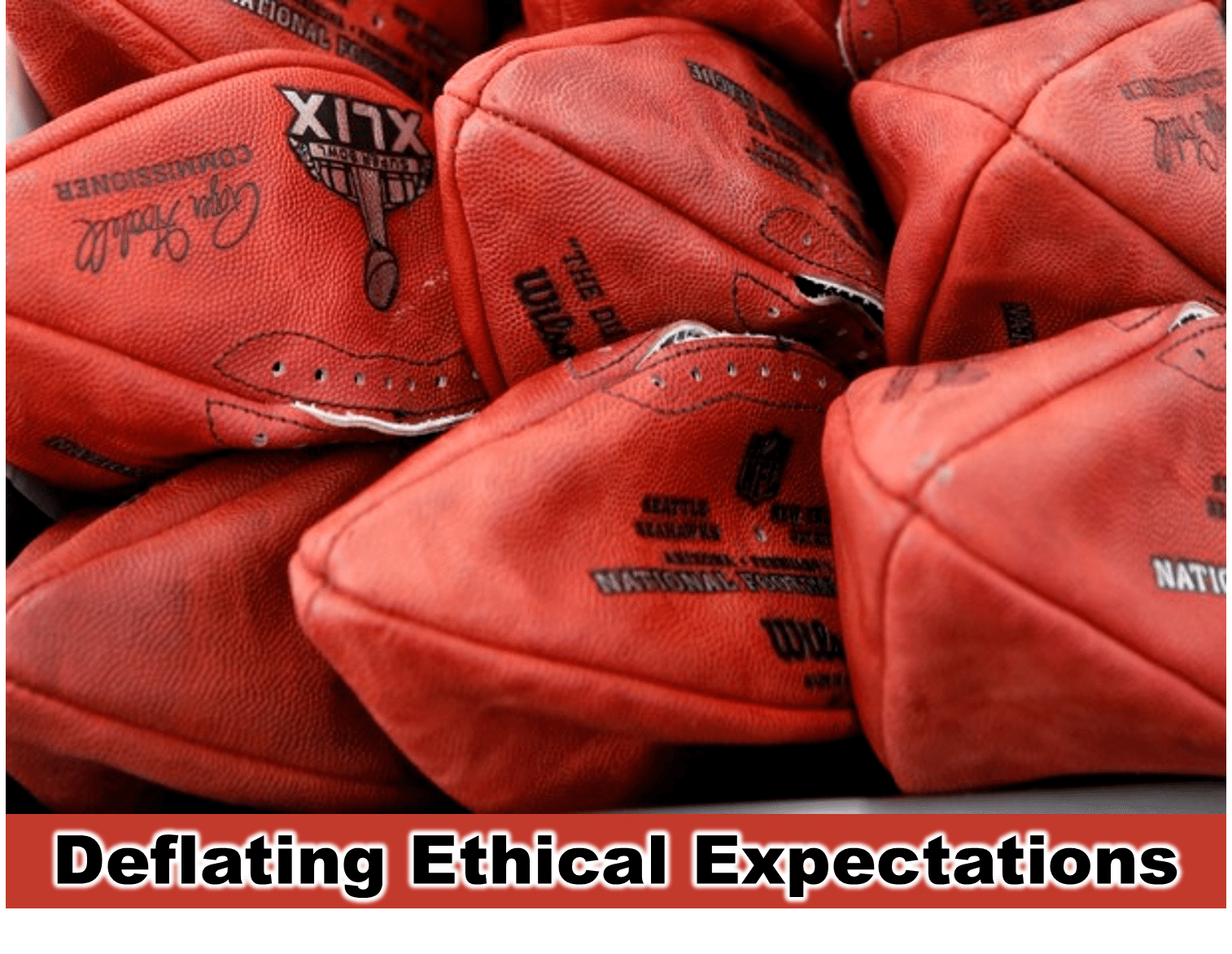 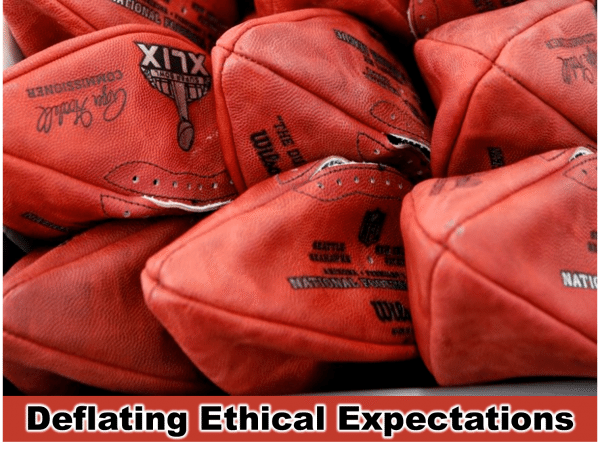 “At its best, athletic competition can hold intrinsic value for our society. It is a symbol of a great ideal: pursuing victory with honor. The love of sports is deeply embedded in our national consciousness. The values of millions of participants and spectators are directly and dramatically influenced by the values conveyed by organized sports. Thus, sports are a major social force that shapes the quality and character of the American culture.”**

Unfortunately, athletic competition as embodied in pro sports has not been at its best for quite a while and things seem to be getting worse. Thus, the impact on the nation’s values has been more negative than positive.

According to an ESPN/ABC poll, 63 per cent of sports fans (as well as 76% of those who describe themselves as “avid fans) supported the suspension and the penalties imposed on the Patriots. When it comes to credibility and trust perceptions are a form of reality and the fact that millions of Americans of all ages believe that Brady was complicit in cheating means that they see the court decision as further evidence that cheaters do prosper.

In fact, the judge’s ruling was made on purely technical grounds concerning deficiencies in the process; it in no way exonerated Brady or the team of the cheating. While the decision may be legally correct, we cannot avoid the conclusion that it has fueled the cynicism millions of fans and scores of prominent sports pundits who shrug off cheating as part of the game and shamelessly express contempt for the concept of sportsmanship and ideals like, “It’s not whether you win or lose that counts, but how you play the game.”

Instead, they preach a cynical sports ethic characterized by such statements as: “If you’re not cheating you are not trying.” “It isn’t cheating if you don’t get caught (or punished).” And, “everyone cheats.”

Whether this last statement is true or not, almost everyone thinks it is (the ESPN/ABC poll also found that 80% of regular fans and 85% of avid fans believe that other teams do similar things). Perhaps, sports has become a rat race without honor but as Lily Tomlin observed, “The problem with the rat race is that even if you win you are still a rat.”

In a world where “what you allow, you encourage”, this interpretation of Brady’s case will spawn even more rule breaking and sleazy gamesmanship tactics at every level of sports. What lesson is it teaching our kids?

Maybe it’s already too late. On the heels of a decision by Little League International to strip the 2014 national championship from a Chicago team that played geographically ineligible players, the girls Little League Softball World Series is currently embroiled in an ethical/sportsmanship controversy centering on the decision of a coach to deliberately throw a game for tactical reasons.

I believe there is an ideological connection between the “it’s no big deal” attitude that has made cheating acceptable in sports and the prevalent reaction of respected political commentators to Donald Trump’s public pledge to not run as a third party candidate for President if he does not get the Republican nomination. The common reaction has been to point out that the promise is not enforceable and, therefore, Mr. Trump has the legal right to repudiate it if it suits his interests. The disturbing thing is that the consensus of experts believe that if he breaks his promise it would surprise no one nor would there be enough moral outrage to deter the duplicity. It’s as if the moral obligation intrinsic to a promise has become meaningless. Honorable people know that there is a big difference between what you have a right to do and what is right to do.

*A document promulgated by the Josephson Institute stating principles of sports ethics, the “Pursuing Victory With Honor Sports Accord” (http://josephsoninstitute.org/sports/resources/accord/accord-intercollegiate.html ) endorsed by hundreds of colleges and sports organizations states

Michael Josephson is a former law professor president of the Josephson Institute of Ethics, authors of the Pursuing Victory With Honor program, He was also a special consultant to the U.S. Olympic Committee commissioned to teach the principles of sports ethics to US Olympians preparing for the 2008 Games