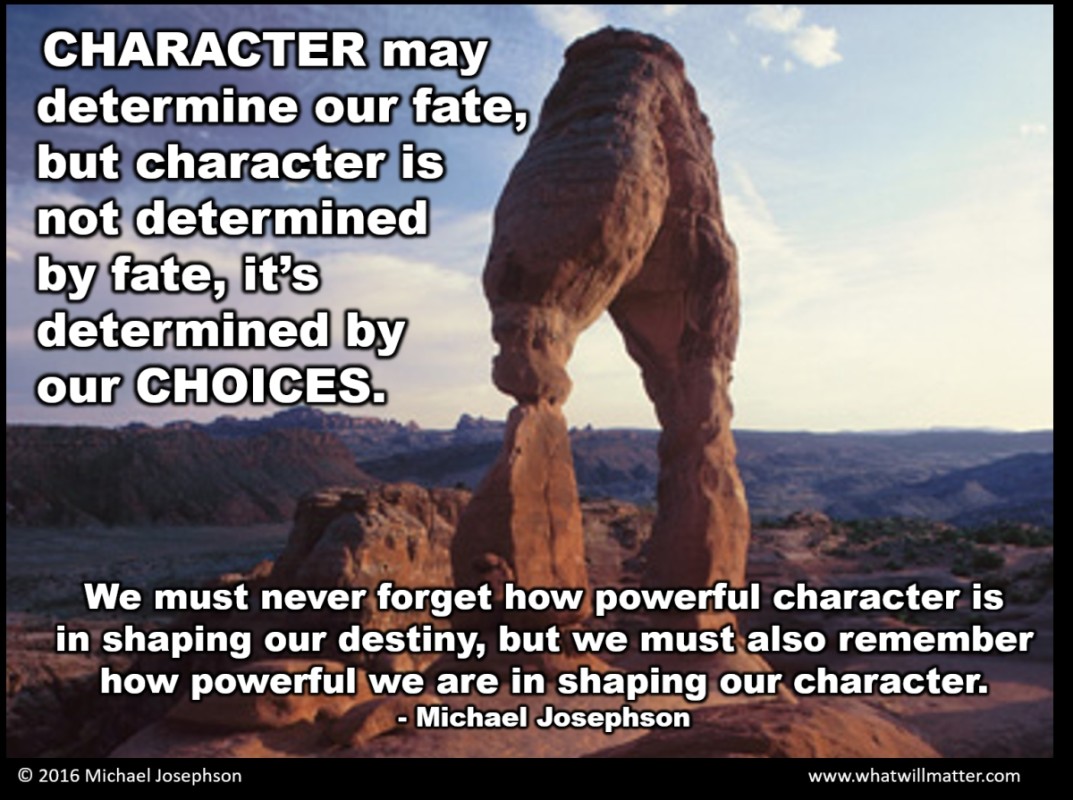 Strive to be the person you hope your children think you are. 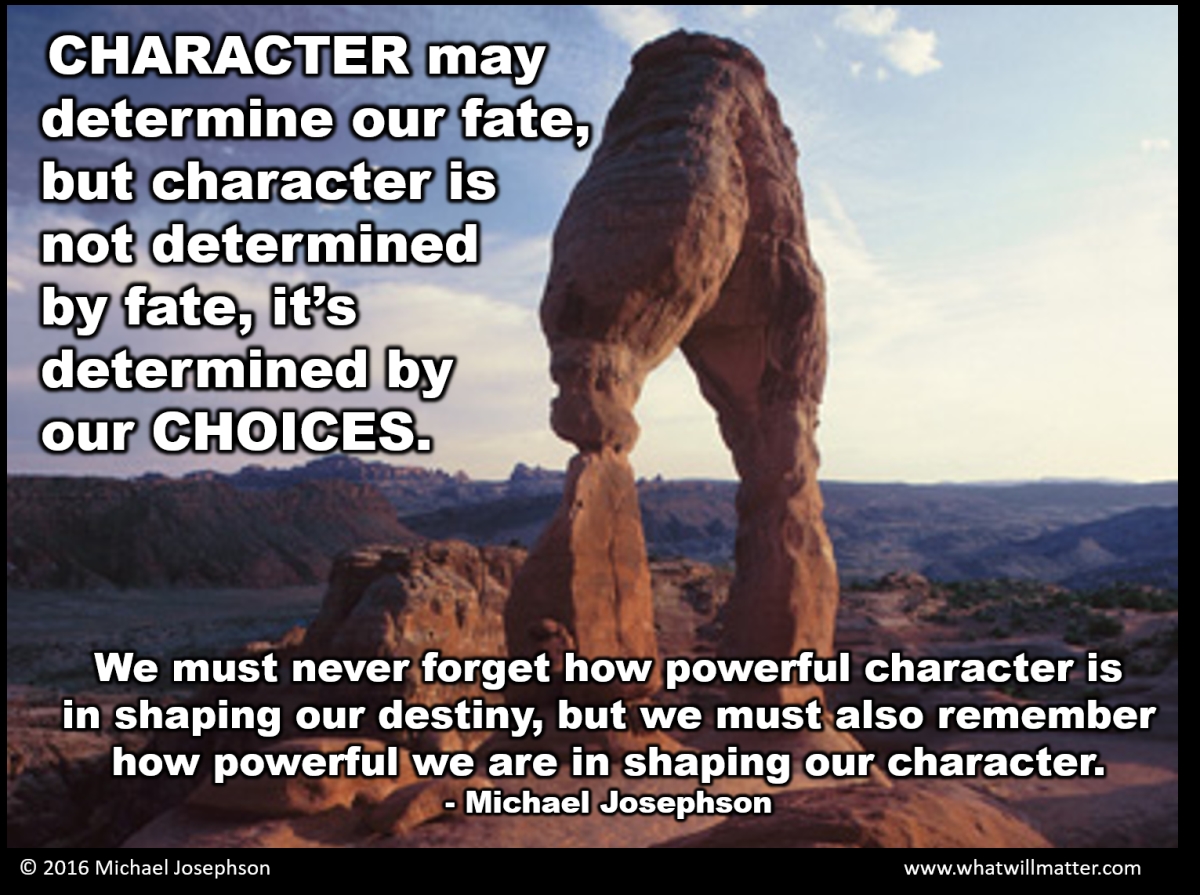 There’s no doubt that our character has a profound effect on our future. What we must remember, however, is not merely how powerful character is in influencing our destiny, but how powerful we are in shaping our own  character and, therefore, our own destiny. Character may determine our fate, but character is not determined by fate.

Anne Frank, the 13 year-old victim of Nazi persecution said in her diary, “The formation of a person’s character lies in their own hands.” I have no doubt that she was right. Of course, efforts by parents, teachers, and others to instill these values are important. They can have a great deal of influence on the values one adopts, but we must never underestimate the role of choice (and accountability for making that choice) in the formation of character

Thus, character is both formed and revealed by how one deals with everyday situations as well asextraordinary pressures and temptations. Like a well-made tower, character is built stone by stone, decision by decision.

It’s a common mistake to think of character as something that is fully formed and fixed very early in life. It calls to mind old maxims like “A leopard can’t change its spots” and “You can’t teach an old dog new tricks.” This perspective that our character is “etched in stone” is supported by a great deal of modern psychology emphasizing self-acceptance. As Popeye says, “I am what I am.” The hidden message is: Don’t expect me to be more, better, or different.

Ultimately, these views of humanity totally undervalue the lifelong potential for growth that comes with the power of reflection and choice. How depressing it would be to believe that we can’t choose to be better–more honest, more respectful, more responsible, and more caring. None of us should give up the personal quest to improve our character. Not because we’re bad–we don’t have to be sick to get better–but because we’re not as good as we could be.

There are so many things in life we can’t control–whether we’re beautiful or smart, whether we had good parents or bad, whether we grew up with  affirmation or negation–it’s uplifting to remember that nothing but moral will power is needed to  make us better.

No, it isn’t easy. But if we strive to become more aware of the habits of heart and mind that drive our conduct, we can begin to place new emphasis on our
higher values so that we become what we want our children to think we are.

See my essay on What is Character at https://whatwillmatter.com/2011/11/commentary-what-is-character-751-2/