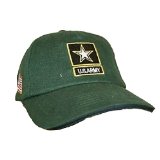 Years ago I was talking to a group of Army generals about the way politicians often treat the defense budget as an all-purpose public works fund to help bring money into their districts. One general admitted, “Yes, if the chairman of the Appropriations Committee comes from a place that makes trucks, we’re probably going to buy those trucks. That’s the way it is, the way it always was, and the way it always will be.”

I suggested that it was a form of bribery to buy the trucks just to please the politician. The general barked, “It’s not bribery. It’s extortion!”

“Don’t sound so powerless,” I replied. “You’re a GENERAL!”

Without skipping a beat, he answered, “Yeah, but I’m only a one-star.”

“I’m only a one-star.” I hear this sort of abdication of moral responsibility a lot – from business executives who surrender to “pressures” to engage in dubious business practices, journalists who see their great calling being overcome by a growing profit obsession and others who just feel they can’t buck the system.

I understand it’s easier and often seems smarter to go along to get along, yet when systems become corrupt, irrational, or wasteful, it’s our duty to what we can do to make things better.

As Edward Everett Hale said, “It’s true I am only one, but I am one. And the fact that I can’t do everything will not prevent me from doing what I can do.”

When there’s a gap between reality and ethical ideals, people of character don’t surrender their ideals. They fight for them. They work to change the way things “are” to the way they “ought to be.” And much more often than we realize, defective systems collapse at the first sight of principled resistance.