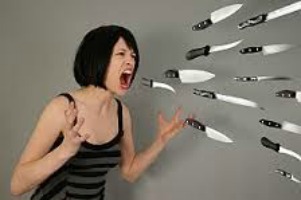 When I had four teenagers

at home, I frequently found myself correcting, disciplining, or simply protesting unnecessary and unkind, and often, downright mean comments certain to anger or wound a sister, brother, mother or me.

Hoping to get them to think before they speak in the future, I often asked, “What did you expect to accomplish by that remark?” and “Did it make things better or worse?” It rarely mads a difference at the time but as they grew older I’ve heard them echo that important test of propriety and decency.

It’s not just teenagers, many of us have to found the instinct to express anger or utter sarcasm, accusations, and complaints is too strong to allow for wise strategies like “Think before you speak” to operate.

It disappoints and frustrates me that my children were often unkind to one another and so quick to make foolish comments that had no purpose other than to injure. Yet it’s even more troublesome when adults engage in the same senseless and destructive behavior.

It may be a husband’s unfiltered remark about his wife’s smothering style, a wife’s dig about her husband’s lack of energy, a parents’ comment, “That’s why you have no friends” or ‘Why can’t you be more like your brother?” or an aunt’s unwanted advice, “If you want to get married, lose weight.”

Some remarks are patently and indefensibly objectionable and they never should have been uttered, but tone, timing, or setting can make even seemingly harmless comments hurtful. Inadvertent injuries hurt just as much and we all have an obligation to be more careful – slow to say things that can easily be construed as hurtful and quicker to sincerely apologize when we discover a harmful effect.

We have to remember that words are weapons, sometimes weapons of mass destruction.

Verbal assaulters often defend their unguided missiles with claimed innocence: “I didn’t mean it that way” or by blaming the wounded person for being too sensitive – “it was just a joke.” A more accountable response would be to as oneself “How the remark might be received?” And, if one is honest with themselves they will admit that there is no construction of their words that would be the least bit funny (the real test of a joke).

Another lame excuse is “I was just telling the truth,” without considering whether that truth needed to be told and whether it needed to be told by that person at that time in that way. Honesty does not preclude tact. It’s not a sin to have an unexpressed thought.

Finally, claims that “she started it” or other versions of self-defense do not justify meanness. Do unto others as you would have them do unto you, not as others have done unto you. Just as its still wrong to  lie to a liar or cheat a cheater it is wrong to be nasty and unkind to those who have treated you badly. I’m reminded of the observation of a turn-of-the-century politician who responded to insults by saying, “Sir, I will treat you as a gentleman, not because you are one, but because I am one.”