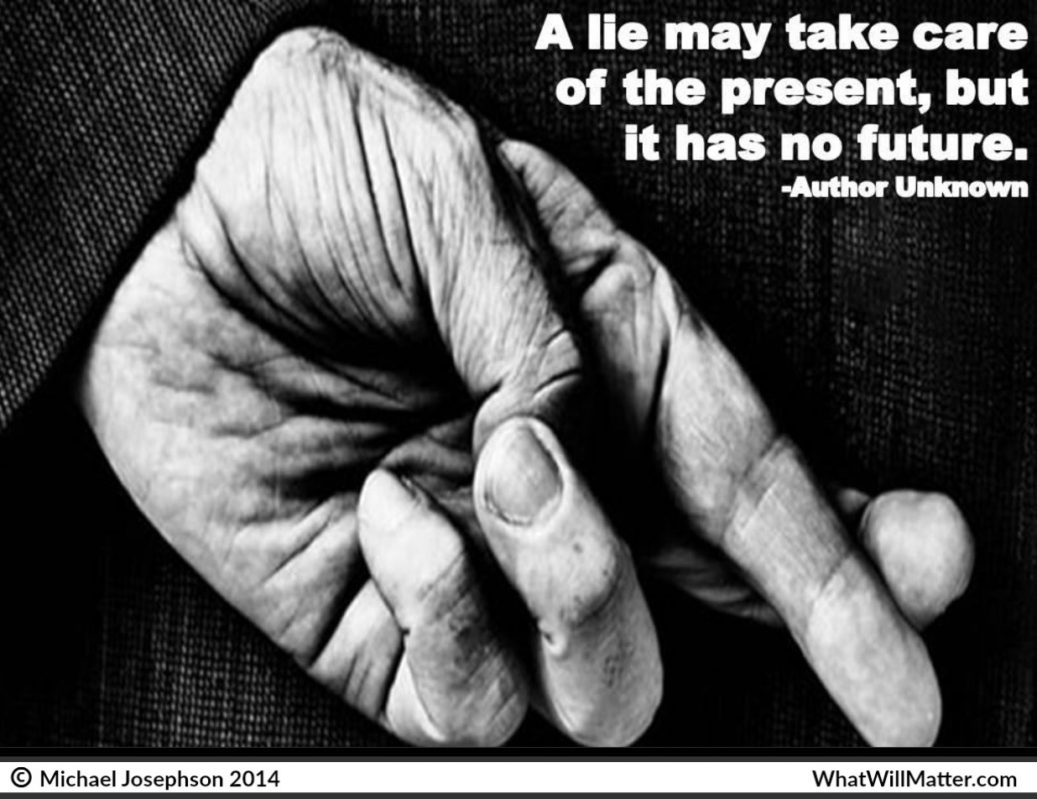 “A lie may take care of the present, but it has no future”

Sometimes lying makes our lives easier. If you want the day off, just call in sick. If your boss asks if you’ve finished a report, say you left it at home. And if an irate customer calls, just make up a good cover story. Technically these are lies, but since no one’s hurt, what’s the big deal?

We tell ourselves they’re harmless, but are they really? Telling lies is like drunk driving. If we’re lucky, we won’t get caught and no one will get hurt. Still, drunk driving is wrong because it’s irresponsible to recklessly endanger human life. Most lies are wrong because they recklessly endanger human relationships. What’s more, lies are habit-forming. The more lies we tell, the easier it becomes, so we tell more lies.

Self-serving lies that help us get out of a jam or look better are like land mines. They may lie dormant, but sooner or later some will explode, damaging both our credibility and reputation. The ethical duty to be worthy of trust does not bend to our needs, convenience, or desire to avoid unpleasant consequences. Besides being dishonest, lying is disrespectful because it deprives the victim of true information needed to make sensible decisions.

Lies damage personal and business relationships because they generate suspicion and distrust. Once lied to, most people think, “What else will he lie to me about?” This is not a healthy basis for any relationship.