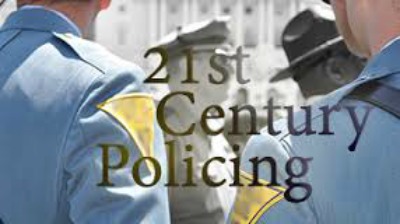 Invited to the White House for the Highly Anticipated

In December 2014, President Obama launched the Task Force on 21st Century Policing to study approaches to strengthen law enforcement and community relations while at the same time enhancing public safety. That Task Force issued a report which developed a series of concrete and specific recommendations, many of which emphasize the opportunity for police departments to use data and technology to increase transparency and accountability, focus on officer safety and wellness, and foster better relationships between law enforcement and the community.

This summer the White House has launched the ‘TF21 Briefing Series’ to work with a selected group of jurisdictions to implement this report in the field.

Invitations to the briefing were sent to the leading law enforcement agencies, cutting edge technologists, and researchers on the forefront of their fields – those most committed to improving the relationship between citizens and police. The briefing will review the President’s Task Force on 21st Century Policing and will allow jurisdictions to discuss strategies for implementation with peers already making progress towards this goal. Police chiefs, sheriffs, mayors, community leaders and other law enforcement professionals will roll up their sleeves to identify best practices and document implementation strategies to be included in a forthcoming publication that will serve as a national playbook for implementing the recommendations in the final task force report. The collaboration and the end result will be truly inspiring. In addition to the prestigious guest list, the briefing will be attended by high level Administration Officials for a discussion of innovative new ways to improve public trust and confidence in the justice system while promoting public safety.