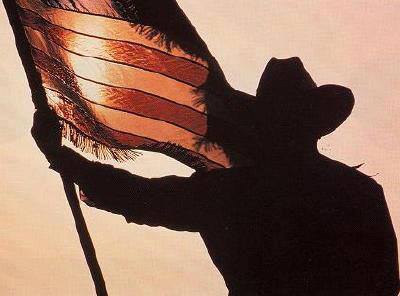 I grew up in much simpler times. Television was in its infancy, and the idea of a hero was exemplified by a white-hatted cowboy. There was a clarity and simplicity to this hero’s moral code that left no doubt there is a right and wrong.

As I became more sophisticated, it was easy to ridicule these simplistic approaches to ethics and living. Yet the more I’ve learned, the more I’ve come to think there’s just as much danger in muddying our choices into endless shades of gray.

Sure, there are extenuating factors and exceptions that challenge the validity of every ethical principle, but on balance we need clear prescriptive benchmarks of virtue. Such guidelines are provided in the quaintly old-fashioned Cowboy Code promoted by the late Gene Autry:

1. Don’t shoot first, hit a smaller man, or take unfair advantage.
2. Don’t go back on your word or a trust confided in you.
3. Tell the truth.
4. Be gentle with children, the elderly, and animals.
5. Don’t advocate or possess racially or religiously intolerant ideas.
6. Help people in distress.
7. Be a good worker.
8. Keep yourself clean in thought, speech, action, and personal habits.
9. Respect women, parents, and the law.
10. Be patriotic.

With a little updating, this code still works.