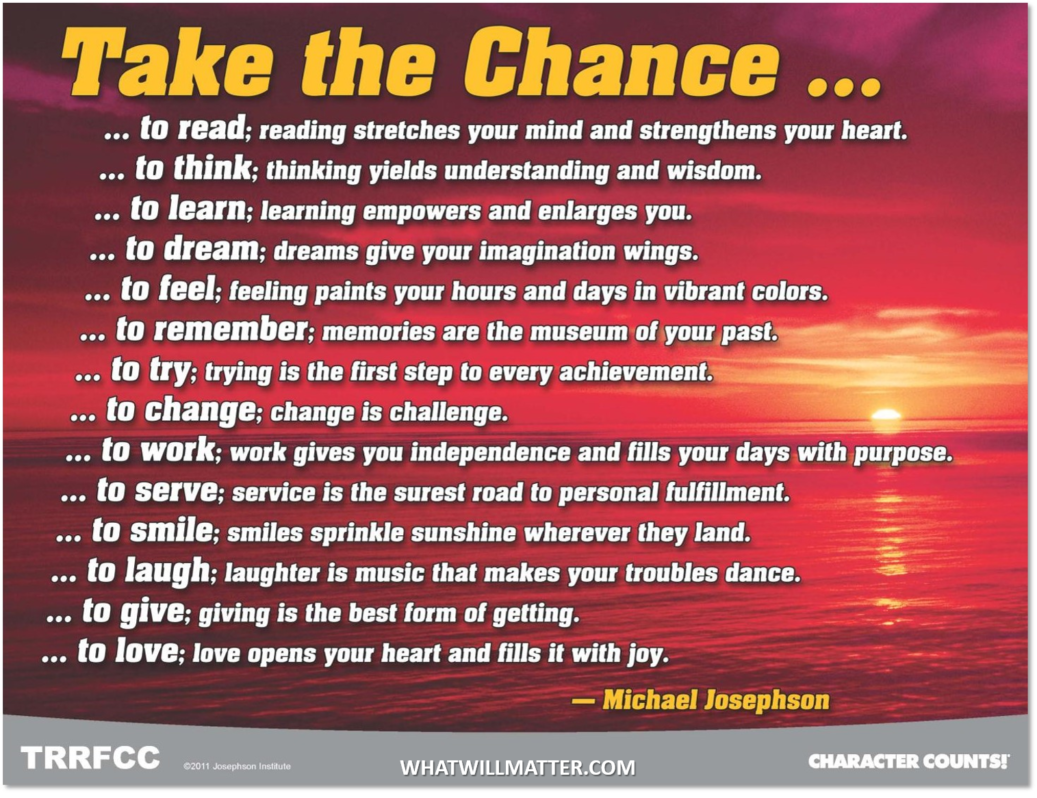 — You’ve heard the aphorisms before: “Nothing ventured, nothing gained.” “There is no progress without action” There are two distinct concepts in the phrase “take the chance.” The first

is about living more boldly, taking action despite the risk of failure. The second is more like “seize the day”. It’s about recognizing and not letting opportunities slip between your fingers. Its about doing things when you can and doing more of what brings you happiness and fulfillment. That is the essential message of my poem captured in the poster and first on the list of best ever quotations about taking a chance, going for it, being proactive..

Best Ever Quotations on Taking the Chance