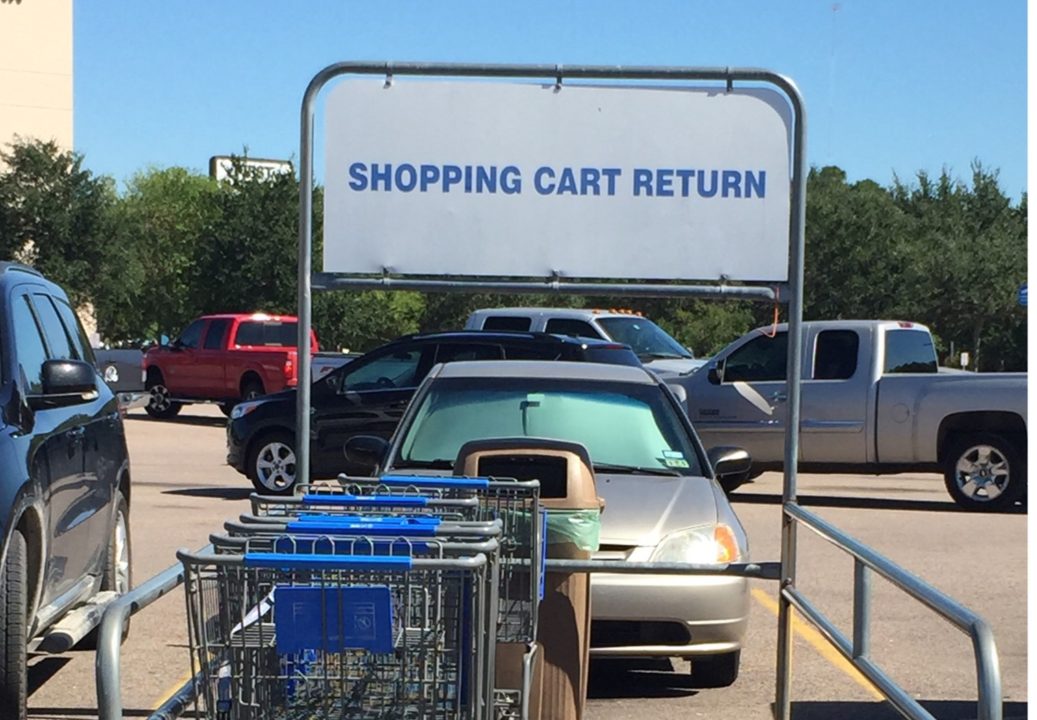 – There are two kind of people: those who return their shopping carts and those who don’t. –

When we think about character, we tend to envision really big things, like taking heavy risks, committing bold acts of integrity, being grandly generous, or making tough sacrifices. Such noble choices indicate character, but for the most part, our integrity is revealed in much smaller events, like apologizing when we’re wrong, giving to causes we believe in, being honest when it
may be embarrassing, or returning shopping carts.

One of my favorite stories is about a father who asked his son to return a cart they had just used. The son protested, “C’mon, Dad. There are carts all over. No one returns them. That’s why they hire people to collect them.”

After a short argument, mom chimed in, “For heaven’s sake, it’s no big deal. Let’s go.”

Dad was about to surrender when he saw an elderly couple walking together to return their cart.

He said, “Son, there are two kinds of people in this world: those who put their carts away and those who don’t. We’re the kind who return theirs. Now go return the cart.”

Which kind are you?