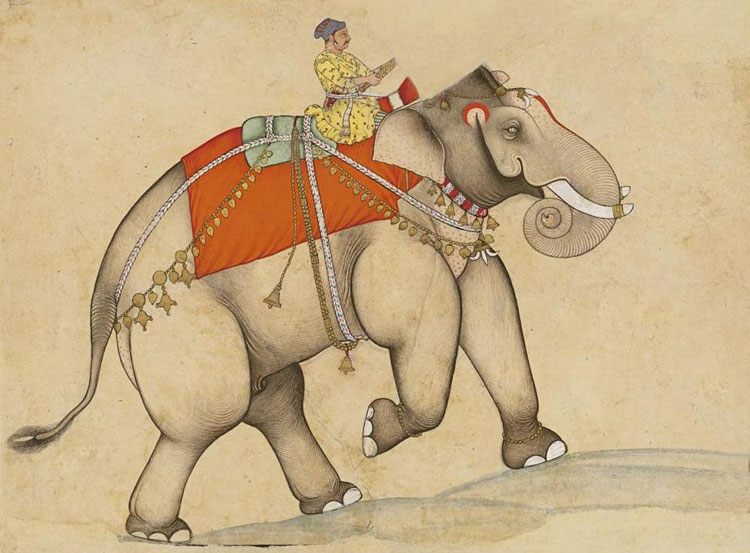 How an Elephant Chose My Daughter’s College: Emotions are Stronger Than Logic. In Part 1 of this series I introduced you to Jonathan Haidt’s metaphor of our rational self as a Rider sitting atop an Elephant,
the larger, more powerful emotional self.  We assume the Rider (the metaphor for reason and logic – the intellect) is in control, the pilot directing the Elephant (the metaphor for our feelings and emotions). Far more often than most of us want to admit, however, it’s the Elephant ignores the riders directions and does whatever it wants. it’s our emotions that are really in control.

First, what we think and what we feel are distinct drivers of our behavior; sometimes they are compatible, sometimes they are not. When there is a conflict between where the Rider (our rational self) wants to go and where our Elephant (our emotional self) wants to go, the Elephant usually has its way.  Feelings are simply more powerful than reasons.

Third, when we want to motivate action in ourselves or others,we should do all we can to create and sustain an emotional commitment — reasons and logic are rarely enough.

I experienced this a few years back when my daughter Samara learned she was admitted to both New York University’s prestigious theater arts program and Barnard College (a part of Columbia University). She preferred NYU because of its theater arts program but i wanted to be sure she had weighed all the pros and cons and made a rational decision.

In the midst of my analytical processing, I was shown a 3-minute video of the entire NYU admissions staff enthusiastically welcoming the Class of 2015 (including Samara), cheering the very moment the button was pushed to send the acceptance e-mails. It was fun and charming, and it roused and pleased my Elephant.

Perhaps the Elephant convinced the Rider that NYU was the best choice, or maybe it just overpowered reason. Either way, I felt good about my daughter’s choice, and I smiled as we wrote the deposit check.

Was NYU’s attempt to influence our decision with emotion cynical or improper? Am I being cynical in assuming that was their intent?

For that matter, was I deluding myself into thinking that once my daughter expressed and invested in her choice to go to NYU that any argument or reason  to the contrary would have  made any difference? Did I really think I could control her Elephant?

It doesn’t really matter. I’ve come to realize that non-rationally motivated decisions are not necessarily irrational or unwise. Making the Elephant happy is just as important as pleasing the Rider.

But there I go again trying to convince my head something my heart already knows.

Please return to the Blog Home Page www.whatwillmatter.com  and browse to see other current and archived commentaries, quotes and other good stuff and if you are not already subscribed to our free bi-weekly newsletter you can do so here. https://whatwillmatter.com/subscribe-weekly-newsletter/