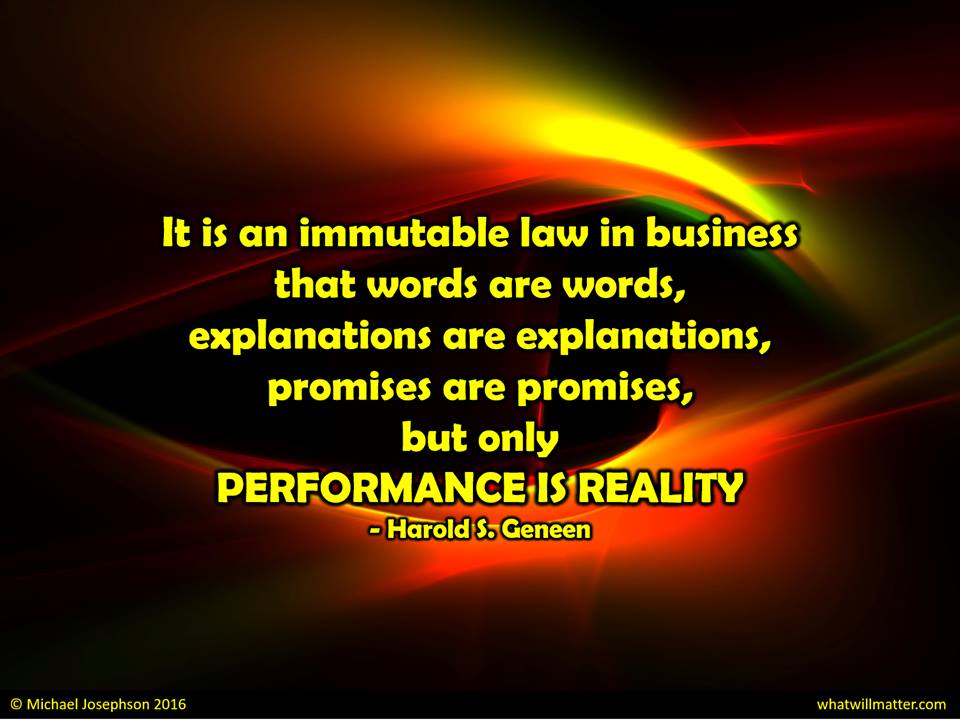 You’ve heard it in other ways: “Talk is cheap”, “Put your money where your mouth is.”, “The proof ofthe pudding is in the eating.” Harold S. Geneen, former president of ITT Corporatation put it bluntly: “It is an immutable law in business that words are words, explanations are explanations. promises are promises, but only performance is reality.

See quotations on Success and Failure at https://whatwillmatter.com/2015/07/success-failure-more-than-100-best-ever-quotations-on-success-and-failure-compiled-by-michael-josephson/