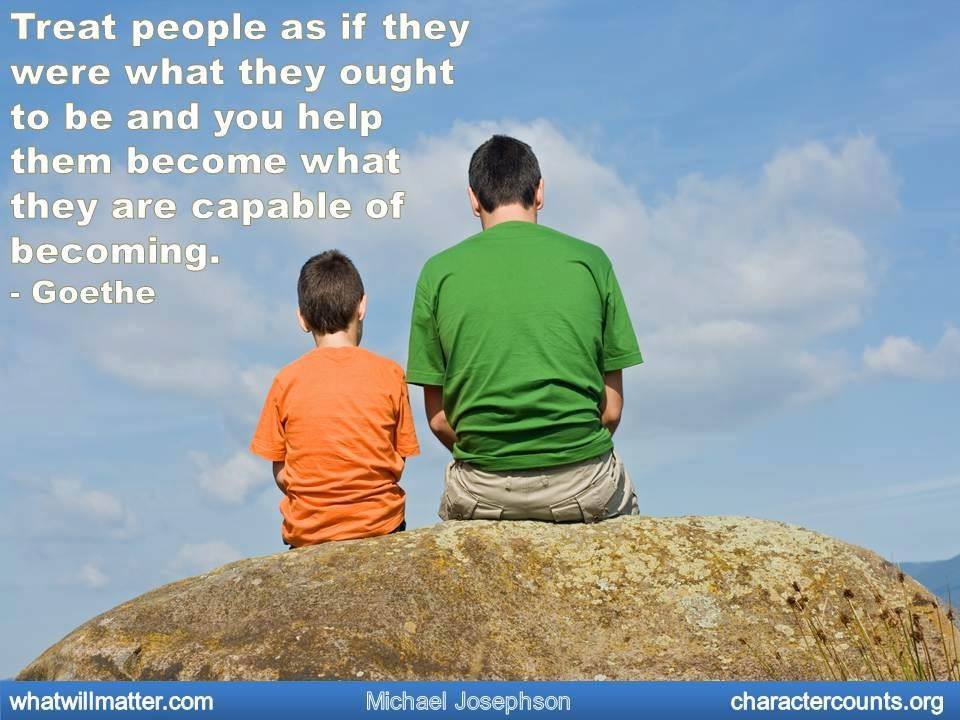 The Golden Rule is one of the oldest and wisest moral maxims. Five hundred years before the birth of Christ, Confucius was asked, “Is there one word that may serve as a rule of practice for all one’s life?” He answered, “Reciprocity. What you do not want done to yourself, do not do to others.” This basic principle, now called the Golden Rule, can be found in every major religion and philosophy.

Goethe’s variation in the poster above, “Treat people as if they were what they ought to be and you help them become what they are capable of becoming”  focuses on the impact we have on others simply in how we treat them and what we expect of them.

Here are classical versions of the Golden Rule in the major religions: