IS THE TRUTH STILL IMPORTANT?

I know I tread dangerous ground inserting myself in the growing conflict between President Trump and the media. He has labeled media the “enemy of the American people.”  Much wiser and more informed folks than me have responded to this charge, which escalated substantially a continuous campaign to discredit news organizations that we have counted on to tell us what’s going on and to hold people in power accountable. The problem is more complicated than it seems and the stakes are higher than many people realize. To be sure the “businessification”of major media organizations have blurred the line between news and entertainment.

A new so, the new term infotainment was invented to justify sensationalism and aggressive investigatory journalism. This form of journalism has, overall, served the country well. It was vital in informing the public about racism and the indignities of segregation, in reporting on the disastrous Bay of Pigs and Cuban missile crisis, uncovering the Watergate crimes and Nixon’s enemies list, revealing disturbing facts about false government reports and outrageous military actions in Vietnam, the manipulations and legal violations involved in the Iran-Contra scandal, the legitimate and salacious coverage of the character flaws of presidential candidate Gary Hart and President Bill Clinton’s sexual conduct and impeachment, the causes and impact of widespread accounting frauds at Enron and other huge public corporations, and the disastrous consequences of the financial collapse caused by unethical and illegal manipulation of the mortgage system. 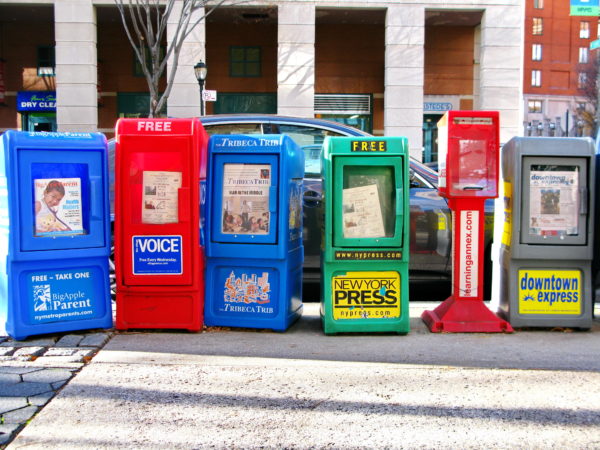 The media’s power shapes public perceptions and advance and undermine public policies and individual careers, however, this power has not always been used wisely.  The claimants to the title “The Press” (including electronic media) has filled the gaps between great displays of public service with far less noble or valuable content. A substantial bulk of inches in newspapers and hours on television parading as news is be wasted on trivia. In addition, stories purporting to be positive investigatory  stories were little more than self-serving “gotcha” journalism — so absorbed with the search for scandal that it mercilessly plunders the lives and reputations of public figures, frequently based on unfair, sometimes hysterical exaggeration of facts. Even the most respected mainstream media organizations have been tainted with mistakes, editorial bias or strategic decisions to over report tabloid-type stories and ignore far more significant, but possibly less compelling, international and domestic events.

The power to criticize, reveal and challenge people in power and to influence public perceptions embodied in the concept of a free press is enormously important in a democracy. Thus, though it may be difficult, it is important to hold accountable all mass media, especially divisions claiming the prestige and privilege of journalism and the constitutional protection of a free press.

In this context, candidate and President Trump’s criticism of the media is worthy of serious consideration. The problem is that his criticism has been so pervasive, relentless, and vituperative a that has undermined public confidence in the entire institution of journalism. And if his accusations are credible it is a severe indictment on the state of our democracy.

At the core of the challenge is a need to distinguish between accusations of falsity and those of fairness. What is fair is hardly ever subject to an objective verifiable test. It is human nature to believe the best of ourselves, to judge ourselves by our best intentions and most noble acts, to give ourselves the benefit of the doubt, to interpret ambiguous situations in our favor and minimize the significance of real and perceived wrongdoing and character deficiencies. Most folks truly believe any communication that paints them in a negative light is unfair. Thus, it is no surprise that Presidents from Jefferson to Obama have accused the press of bias and unfairness. Though it is very difficult to know what is fair it is generally easier to know what is unfair. At least we can all  agree that outright assertion and opinions based on false facts are unfair. Thus, falsity, whether based on deliberate lies, reckless claims or accidental errors (whether reasonable or not) is a separate flaw. See my article on Credibility, Falsehoods, Mistakes here.

The press is uniquely suited to investigate the accuracy of assertions. They play the vital role of fact-checkers.

Despite the partisan implications of refuting and condemning Mr. Trump’s criticisms, I respectfully submit that any objective analysis reveals how selectively self-serving, how reckless and how unsubstantiated these charges are. Mr. Trump and his small army of loyal surrogates, do not even make an effort to justify his claims that stories he doesn’t like are false or now, his favorite phrase, “fake news.”

The internet gives anyone and everyone the power to be a publisher. There are positive aspects to the democratization of what we now call the media but it has also made assessing the truth and value of messages packaged as news vastly more complicated, even treacherous. Blogs, tweets, other social media posts and newsletters have polluted the informational environment with irresponsibly uniformed, careless and malicious claims presented as facts. In an increasing number of cases outright deliberately false stories obstruct the search for objective facts. This is the true meaning of fake news.

There is, of course, a wide spectrum of competence, character and purpose in the parade of people vying for the attention and trust of the public, but among them are clearly and indisputably scores of professionals of extraordinary competence and commitment to the highest purposes of journalism. I will go so far as to say that, despite some exceptions, every major mainline media organization (regardless of their political leaning) are dominated by men and women who deserve our trust.  The media is needed to monitor and fact-check claims and assertions that have great social significance.

I’ve collected the observations of wise men and woman about the values and shortcomings of the press at BEST EVER QUOTES ON A FREE PRESS. It is clear that people in power have consistently felt they were victimized by unfair, inaccurate and even malicious new coverage. Sometimes they were absolutely right but we must remember no one likes to be criticized or can be fully objective about their own conduct.