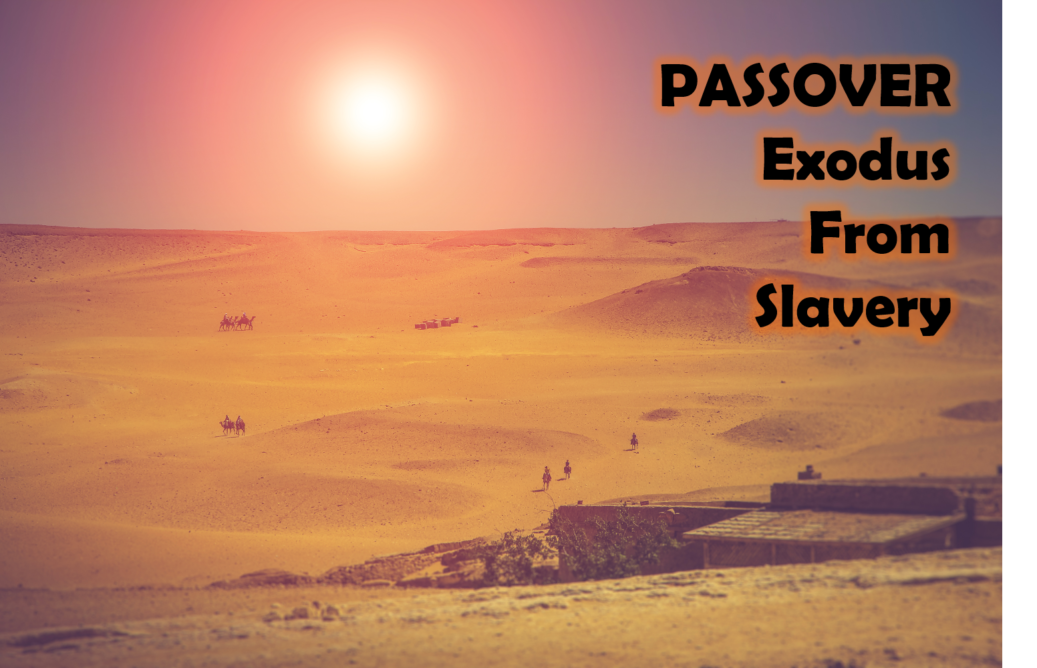 Passover is essentially a celebration of liberation. It was the last holiday celebrated by Jesus and it represents for all Jewish people the escape from slavery.

As one nation after another in Africa and the Middle East engages in a fight for freedom, Passover, which begins this week, still has much to teach us about the nature of that fight.

The Jewish festival of freedom is the oldest continuously-observed religious ritual in the world. Across the centuries Passover has never lost its power to inspire the imagination of successive generations of Jews with its annually reenacted drama of slavery and liberation.

It is vivid, replete with direct experiences like eating matzoh, the unleavened bread of affliction, and tasting maror, the bitter herbs of oppression. It is a ritual performed not in the synagogue but at home, in the midst of the family, reminding us that, in Alexis de Tocqueville’s words, “As long as family feeling is kept alive, the opponent of oppression is never alone.” Perhaps its single most striking innovation is that from beginning to end, it is designed to engage and enthral the mind of a child.

The rabbis who developed the ritual were guided by the Bible itself and the highly counter-intuitive narrative it tells in the twelfth and thirteenth chapters of Exodus. Here is the scene: Moses has assembled the people to tell them they are about to go free. Exiled, enslaved, threatened by a Pharaoh who has commanded that every male Israelite child shall be killed, the people have witnessed a series of wonders performed on their behalf. Moses is now about to tell them that soon they will leave and begin their long walk to freedom.

Any of these would have been a great speech by a great leader. Moses did none of these things. That is what made him a unique leader. If you examine the text in Exodus carefully, you will see that three times he reverted to the same theme: children, education and the distant future. “And when your children ask you, What does this ceremony mean to you?  . . .” (12:26).  “On that day tell your son, I do this because of what the Lord did for me when I came out of Egypt” (13:8). “In days to come, when your son asks you, What does this mean? . . .” (Ex. 13:14).

Moses spoke not about freedom but about education. He fixed his vision not on the immediate but on the distant future, and not on adults but children. In so doing he was making a fundamental point. It may be hard to escape from tyranny but it is harder still to build and sustain a free society.

In the long run there is only one way of doing so. To defend a country you need an army, but to defend a civilisation you need education. That is why Moses, according to Rousseau the world’s greatest architect of a free society, spoke about the duty of parents in every generation to educate their children about why freedom matters and how it was achieved.

Freedom is not won by merely overthrowing a tyrannical ruler or an oppressive regime. That is usually only the prelude to a new tyranny, a new oppression. The faces change, but not the script. True freedom requires the rule of law and justice, and a judicial system in which the rights of some are not secured by the denial of rights to others.

Freedom begins with what we teach our children. That is why Jews became a people whose passion is education, whose heroes are teachers and whose citadels are schools. Nowhere is this more evident than on Passover, when the entire ritual of handing on our story to the next generation is set in motion by the questions asked by a child. In every generation we need to cultivate afresh the habits of the heart that Tocqueville called “the apprenticeship of liberty.”

The message of Passover remains as powerful as ever. Freedom is won not on the battlefield but in the classroom and the home. Teach your children the history of freedom if you want them never to lose it.