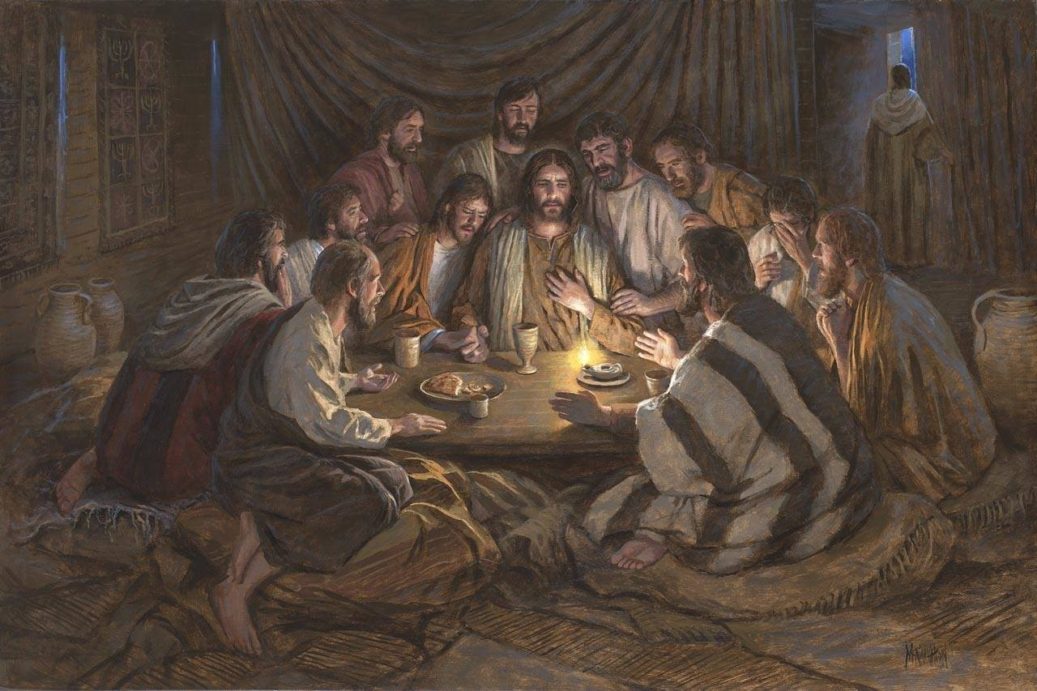 Happy Passover and Happy Easter to all those celebrating either or both of these important holidays.

Christians know Passover as the the setting for the Last Supper. Though Christians do not still celebrate Passover, modern Jews still do and the nerdy professor in me induced me to offer these crisp as matzoh descriptions of the holiday along with some images that I hope brings you pleasure. (there may be a little surprise in the last image).

According to Mary Fairchild at https://www.thoughtco.com/the-last-supper-700217, “All four Gospels give an account of the Last Supper when Jesus Christ shared his final meal with the disciples on the night before he was arrested. Also called the Lord’s Supper, the Last Supper was significant because Jesus showed his followers that he would become the Passover Lamb of God. These passages constitute the biblical basis for the practice of Christian Communion. At the Last Supper, Christ forevermore instituted the observance by saying, “Do this in remembrance of me.” The story includes valuable lessons about loyalty and commitment. See Matthew 26:17-30; Mark 14:12-25; Luke 22:7-20; John 13:1-30.

Ms Fairchild’s description is clear and concise about the context: “On the first day of the Festival of Unleavened Bread or Passover, Jesus sent two of his disciples ahead with very specific instructions regarding the preparation of the Passover meal. That evening Jesus sat down at the table with the apostles to eat his final meal before going to the cross. As they dined together, he told the twelve that one of them would soon betray him. One by one they questioned, “I’m not the one, am I, Lord?” Jesus explained that even though he knew it was his destiny to die as the Scriptures foretold, his betrayer’s fate would be terrible: “Far better for him if he had never been born!” Then Jesus took the bread and the wine and asked God the Father to bless it. He broke the bread into pieces, giving it to his disciples and said, “This is my body, given for you. Do this in remembrance of me. Then Jesus took the cup of wine and shared it with his disciples. He said, “This wine is the token of God’s new covenant to save you — an agreement sealed with the blood I will pour out for you.” He told all of them, “I will not drink wine again until the day I drink it new with you in my Father’s Kingdom.” Then they sang a hymn and went out to the Mount of Olives.”

It is of course the prelude to Easter Sunday and the celebration of the resurrection.

The festival Jesus was celebrating is still one of the most major holidays celebrated by the Jews across the world. Often marked with zeal and gusto, Passover commemorates the freedom of the Jews from the brutal slavery of the Egyptians. This, of course, is the basis of the Exodus in the Old Testament.

Celebrations begin on the 14th day of the Nissan month in the Jewish Calendar, where family and friends gather together to mark the festivities with traditional customs and rituals. After sundown the night before the first official day of Passover, Jews conduct the Seder, a special ceremony during which they re-tell the story of their ancestor’s liberation.

During the Seder, family members read from the Haggadah which is often customized for length and content by families. The Haggadah always includes Passover’s own story book with a special focus on the children who are often asked to read portions and participate in songs and prayers.

The theme is the beginning of Exodus, the escape from slavery of the Egyptian. It includes a telling of the ten plagues God imposed on the Pharaoh to induce him to let the Hebrew people go, the Pharaoh’s change of mind and pursuit of the fleeing Hebrew people and the parting of the Red Sea to assure freedom.

Central to the tradition is the requirement that Jews eat no bread but only a dry cracker called Matzoh to symbolize the fact that the fleeing Jews had no time to let their bread leaven. Every ceremony includes the four questions to focus all children and remind the adults on the meaning of Passover and its various rituals.