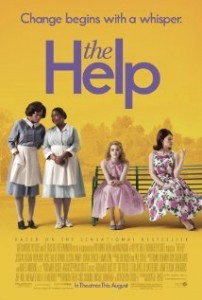 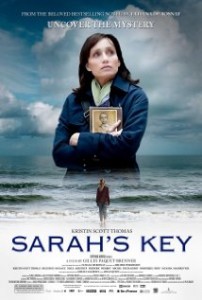 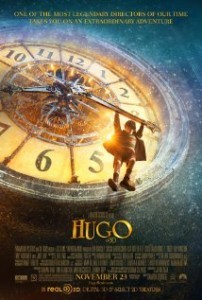 I know I’m out of my depth as a movie critic, but I am venturing into this new territory because there’s so much criticism about Hollywood that we don’t always give ample credit for the substantial number of truly wonderful movies that teach, move, and inspire, as well as entertain.

And from my narrow perspective as an ethicist, I am grateful for the rich experiences provided by exceptionally well-done films.

I did not see all of Oscar-nominated movies and others that might qualify for special praise (I still want to see The Artist, Extremely Loud and Incredibly Close, and War Horse –  films people whose judgment I respect rave about), but I did experience and was greatly impressed by the depth and range of emotional and moral issues explored in Sarah’s Key, The Help, Hugo,  and The Descendants.  And though the message was less profound,  I also found Moneyball well worth the time. That’s already five really good films in one year!

Along with great books, great movies can alter our understanding of ourselves and the world, and illuminate life truths in a way that indelibly marks our minds and changes our perspective.

On the top of my list is George Clooney’s The Descendants. It’s not only the best I’ve seen  this year — it’s entered my top 10 ever list!

The story is written and acted with extraordinary sensitivity and restraint. It avoided formulaic comic relief and over-the-top emotional scenes. The lead character struggles before our eyes and evolves into an unlikely understated hero simply by demonstrating meaningful emotional and moral growth. His most outstanding virtue, usually ignored in a culture that emphasizes standing up for yourself and getting even, is forbearance — patient self-control and tolerance in situations where every instinct would be to lash out against people who seemed to deserve it. And his motivation was a conscious decision to protect others from ugly truths that would cause them anguish and taint their memories of his dying wife.

The film continually challenges our first judgments of people by conscience-punching glimpses of sympathetic sides to characters we initially dislike such as the mean and overbearing father in-law’s tender treatment of his wife with Alzheimer’s; the hapless, ignorant teenager whom we discover just lost his father; and even the family-loving and remorseful side of the man who selfishly cheated on his wife with Clooney’s wife.

The Help was also absolutely superb! It was an insightful and enlightening portrait of maids and the culture they lived in in a still deeply prejudiced Deep South. It fell short of The Descendants for me only because the richness of the portrayals of the maids was counterpointed against one-dimensional views of their bigoted employers and the men in their lives. Still, it’s a magnificent film.

So, Hurrah for Hollywood!

What films did you see this year that taught, moved or inspired you? Tell us why.

You can receive these commentaries by e-mail each week by subscribing at our newsletter signup page.  You also can receive them each day (along with videos and all other contents of Michael Josephson’s What Will Matter blog) by downloading our app for smart phones. Finally, you can subscribe to the free podcast from iTunes.