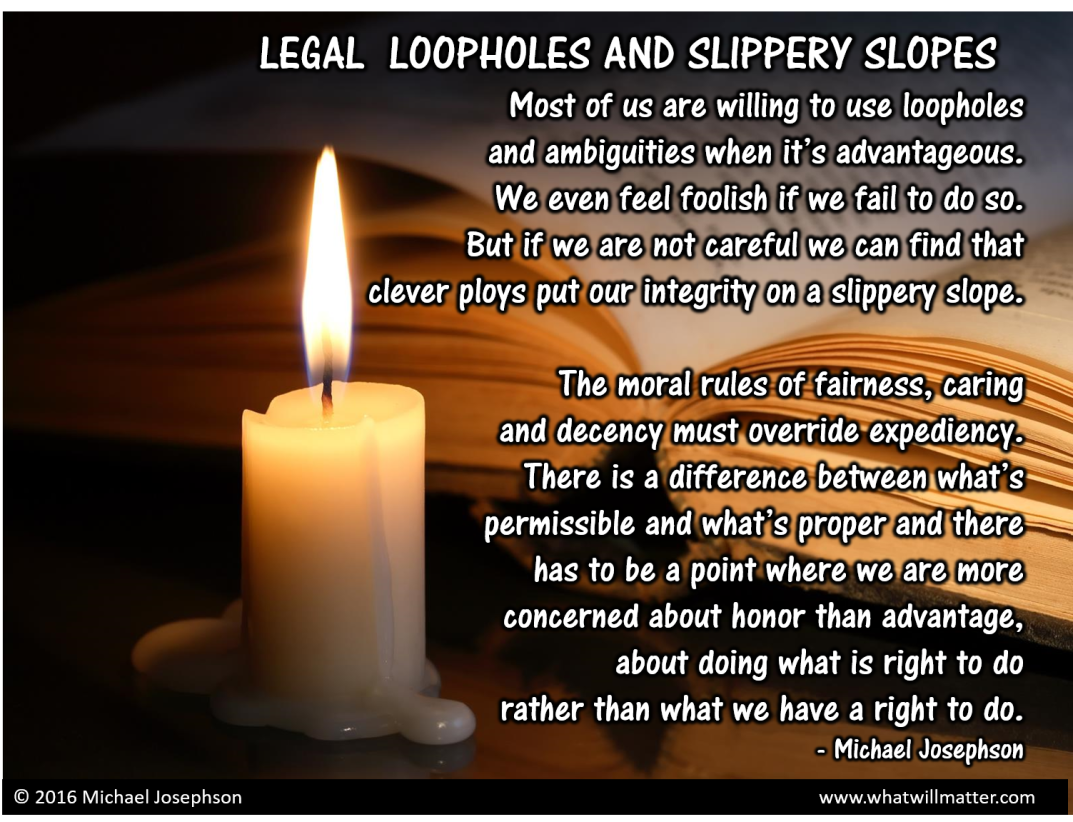 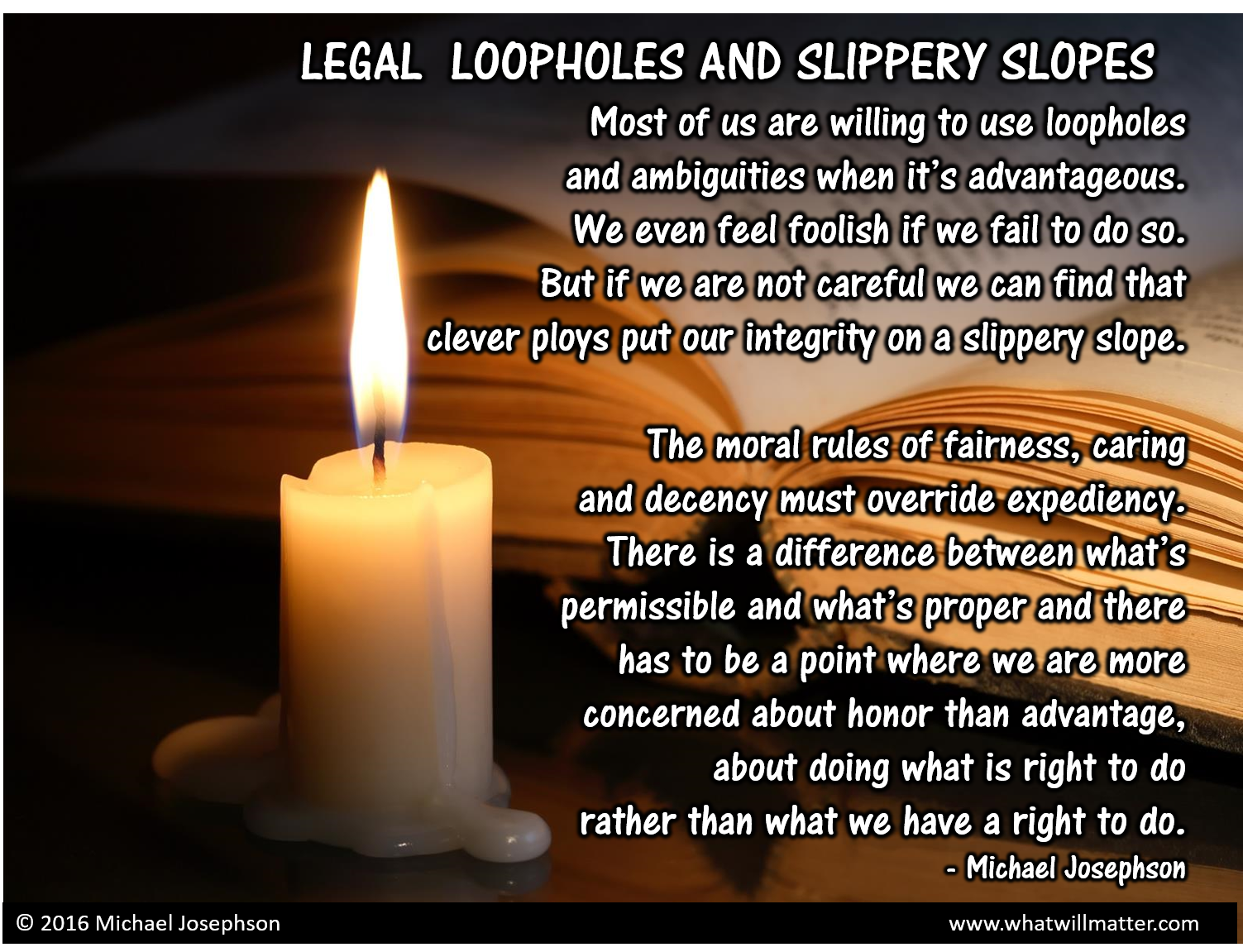 As a former law professor, I know all about loopholes.

I trained students to find omissions and ambiguities in wording — a perfectly legal way to evade the clear intent of laws and agreements. After all, that’s what lawyers are paid to do. And, despite commonly expressed disdain when lawyers do this, that’s precisely what most clients want and expect when they hire a lawyer.

Because long-standing traditions, the rules of professional conduct, and the marketplace support the search for and exploitation of loopholes, I can’t condemn anyone who seeks the advantages of this less-than-noble and socially corrosive practice. And I confess I have done so myself more than once.

I suspect most people are willing to use loopholes and ambiguities when it’s advantageous. We even feel foolish if we fail to do so.

But I have come to realize that if we are not careful we can find that  clever ploys put our integrity on a slippery slope.

Despite the temptations to blindly seek an edge, the moral rules of fairness, caring and decency must override expediency. There is a difference between what’s permissible and what’s proper and there has to be a point where we are more concerned about honor than advantage, about doing what is right to do rather than what we have a right to do.

Former Supreme Court Justice Potter Stewart once said, “There is a big difference between what we have a right to do and what is right to do.” People of character often do less than the law allows and more than the law requires.

Among the practices I think take us too far down the slippery slope is the common practice of misrepresenting or mischaracterizing facts, lying about true intentions, or falsely denying one’s knowledge or recollection of something. Whatever moral ambiguity may cloak the use of legal loopholes, these practices are fundamentally dishonest and dishonorable.

Similarly, I object to the common ploy encouraged by some politicians and used by political contributors to evade limits on campaign contributions by donating funds in the name of minor children. Falsely representing that the children actually exercised control and independent judgment isn’t a clever loophole, it’s a fraud.

Legal or not, successful or not, these tactics and techniques erode integrity and trust.

People who are adept at finding and willing to use loopholes and ploys may seem to win more often but they don’t win respect and without respect victories are hollow and transitory.

It’is not naive or foolish to place honor over advantage. Worthiness is the highest form of net worth.

Strive to be a good person, better than you have to be.