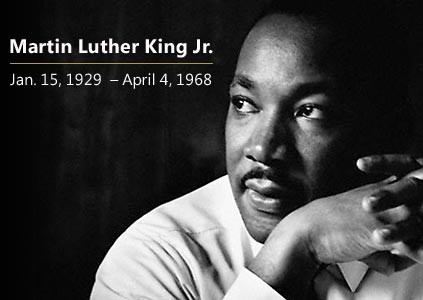 The dictionary defines a hero as “a person noted for feats of courage or nobility of purpose, especially one who has risked or sacrificed his or her life.” A “personal hero” is someone you or I hold in especially high esteem. For me, Dr. Martin Luther King, Jr., is both a national and personal hero.

I have no illusions that he was a flawless man. I simply have the conviction that his virtues far outweighed his faults and that this nation is a better place because of him.

When I read his speeches and weigh them in the context of his times, and consider his ability and courage to pursue his aggressive, but nonviolent, humanitarian principles, despite enormous pressures from those who thought he was going too far, as well as those who thought he wasn’t going far enough, I conclude that he was an extraordinarily inspirational leader with uncommon vision and strength.

Dr. King didn’t simply talk about his dreams; he went to the battle lines time and time again to fight for them. Before he was finally murdered at the age of 39, his home had been bombed and he knew he put his life at risk continuously to advocate social justice, human dignity, and an end to racism and bigotry.

We have not yet fully reached Dr. King’s Promised Land, where all people will be judged by the content of their character, but we are certainly closer to it because of him.