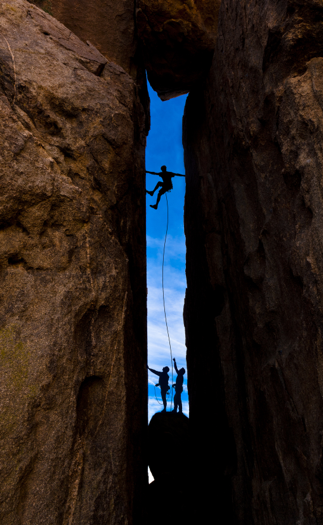 Courage comes in different forms. Most often, we think of physical courage or bravery. That’s the kind of courage demonstrated by those who risked their

lives trying to help others on September 11th and by the soldiers in Afghanistan. It’s right and proper that we call these people heroes and acknowledge their valor.

But there’s another form of courage that’s just as important; it’s called moral courage. It’s the kind of courage C. S. Lewis referred to when he said, “courage is not simply one of the virtues but the form of every virtue at the testing point.” The testing point is the place where living our lives according to moral principles may require us to put our comfort, possessions, relationships, and careers at risk.

For most of us, the need for physical courage is rare. But our moral courage is tested almost every day. Being honest at the risk of disapproval, lost income or a maimed career; being accountable when owning up to a mistake can get us in trouble, making tough decisions and demands with our kids at the cost of their affection, being fair when we have the power to be otherwise, and following the rules while others get away with whatever they can – these things take moral courage, the inner strength to do what’s right even when it costs more than we want to pay.

The sad fact is that people with moral courage rarely get medals. Instead, they risk ridicule, rejection and retaliation. Yet this sort of courage is the best marker of true character and a life your children can be proud of.